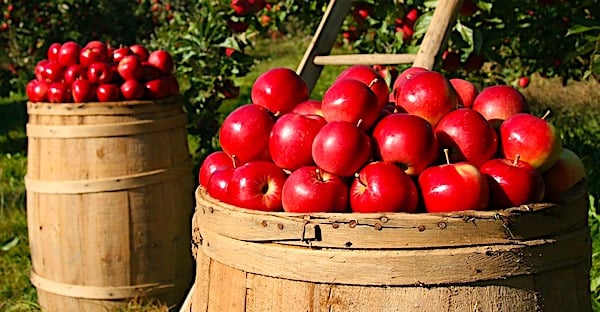 Ireland may agree to pursue carbon emissions reduction target of up to 30% this week, according to multiple reports, following on the heels of Canadian and Dutch climate policies that could harm industry and increase food insecurity.

Ireland’s Coalition leaders debated Tuesday the extent of new greenhouse gas emissions cuts for the agricultural sector ahead of a cabinet-wide meeting Wednesday, with the Green Party pushing for a 30% decrease, according to the Irish Times. Others argued that the potential goals unfairly targeted agriculture as “the only sector of the economy that has to make sacrifices,” Minister of State Patrick O’Donovan, who represents a rural area, said.

Ireland’s Climate Action Plan recommends cuts of between 22% and 30% for the agricultural sector.

Conflict and Western sanctions against Russia have impeded agricultural production in other major exporting countries as the world faces widespread food scarcity.

“With political officials all over the world (Ireland now joining Canada, the Netherlands, Sri Lanka and others) trying to out-green one another, the big problem is herding. No politicians are thinking of moving in careful, incremental steps to test the actual impact of their agricultural mandates,” economist Pete Earle told the Daily Caller News Foundation.

Sri Lanka’s rapid switch to organic farming in 2021 halved agricultural production and was one of several contributing factors to an ongoing economic crisis, experts told the Daily Caller News Foundation.

Ireland’s possible emissions rule follows the Canadian government’s move Friday to require a 30% nitrogen emissions cut for the agricultural sector by 2030, which experts told the DCNF would slash production and contribute to the food crisis. And in June, the Netherlands mandated a 50% emissions goal despite acknowledging it could put livestock farmers out of business.

What is a Carbon Budget❓❓

That’s the #ClimateJargonBuster Term of the Week👇

Bill Callanan, a chief inspector at the Department of Agriculture, said “to even achieve the reductions at the lower end of the target range over the decade will require a significant transformational change in the sector, on a scale that has not been seen before for Irish agriculture,” according to the Sunday Times.

He argued that increasing organic farming methods, reducing fertilizer usage and implementing earlier slaughtering of cattle and livestock would push the farming sector to only 70% of the low-end goal, the Sunday Times reported.

Irish Cabinet leaders initially intended to finalize emissions targets for six sectors by Wednesday, but the Cabinet subcommittee on Climate Change’s inability to agree on specifics for the agricultural sector Monday may push the deliberations back, according to the Irish Times.

The Irish Ministry of Agriculture did not immediately respond to the DCNF’s request for comment.