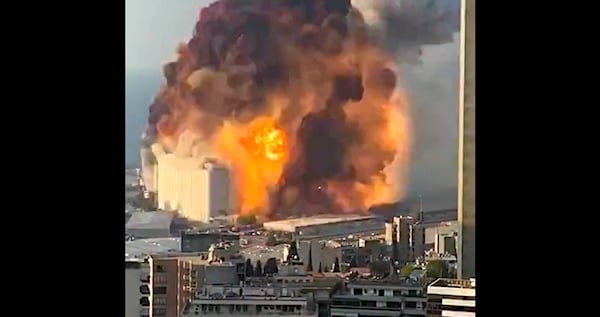 (SPUTNIK NEWS) – Fire has reignited in grain elevators in the port of Beirut in Lebanon, with the authorities struggling to put out the blaze for longer than several days, a source in the Lebanese government told Sputnik on Thursday.

Fire started on July 7 in facilities storing grain since the August 2020 blast. The authorities' explanation is that over the years, grain started releasing flammable gases as a result of fermentation and eventually caught fire. Firefighters made several attempts putting out the blaze before the Lebanese Civil Defense admitted last week that it was impossible to put out completely and could only be contained.

"The fire has started again. The flame has perhaps reached cables or plastic inside the silos. The authorities intend to contain the fire and prevent it from spreading," the source said.