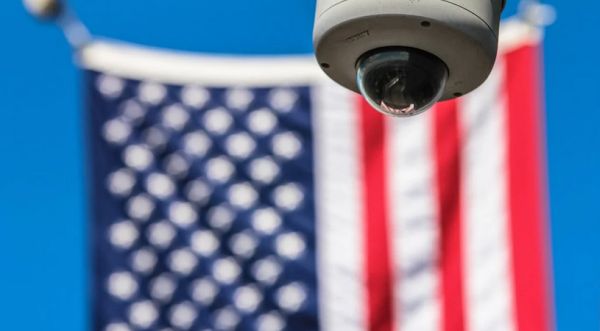 The number of Americans who believe the American government is "not sound at all" has surged from about 20% when Joe Biden took office to well over one-third now, 36%, according to a Monmouth poll.

And 29% of respondents believe Biden won the 2020 election through voter fraud, 41% say Nancy Pelosi's partisan committee to investigate the riot is not at all conducting a fair investigation, and 90% say the hearings have not changed their minds.

Thirty-six percent said it is not at all sound, and needs significant changes. That's up from just 22% with that opinion when Biden took office. Another significant number say it needs "many improvements."

"Just over four decades ago, 62% said the American system was sound. At the same time, the number of Americans who say our system of government is not at all sound has jumped from 10% in 1980 to 22% in 2021 and 36% in the current poll," the poll report said.

"The recent decline of faith in the American system has come at varying rates among different partisan groups. Among Republicans, the sense that our system of government is sound plummeted from 71% in early 2020 to 41% shortly after President Joe Biden’s inauguration in 2021, and has held fairly steady since then. The decline among independents has been more gradual – from 58% sound in 2020, to 46% in 2021, and 34% in the current poll. Democrats actually saw a brief increase in faith that the American system is sound from 2020 (34%) to 2021 (45%), but that has now dropped back to 36%," the report said.

"There’s more than just partisanship at work in declining faith in the institutional framework of American democracy. Yes, electoral outcomes play a role. Yes, the current economic crisis plays a role. But attacks on our fundamental democratic processes – and the lack of universal condemnation of those attacks by political leaders from both sides of the aisle – have taken a toll," said Patrick Murray, director of the independent Monmouth University Polling Institute.

Democrats' campaigns, through Pelosi's committee and other efforts, to continue attacking the Jan. 6 events actually have pushed Republicans to consider the events less of an issue.

GOP members "who see this incident as a legitimate protest has actually risen by 14 points to 61%, at the same time this view has declined among independents (down 6 points to 33%) and remained stable among Democrats (14%)," the report said.

"Some Republicans who were initially appalled have now recast the events of Jan. 6 in a less negative light," Murray said.

"When it comes to conducting a fair investigation, 34% of the public trusts the House committee a lot, 22% trust it a little, and 41% do not trust it at all. The vast majority of Republicans do not have any trust in the committee regardless of whether they have been following the hearings (65%) or not (78%)," the poll showed.

Murray said Pelosi's committee, partisan because she refused to let minority GOP members choose their own representatives for her team that is staging public events to attack President Trump in what analysts have described as a third Pelosi attempt to impeach-and-remove him, "is preaching to the choir right now," Murray said.

Pelosi orchestrated two earlier attacks on Trump, once while he was in office and another immediately after he left. Both failed.

The poll was done by telephone June 23-27 with 978 adults in the United States. The question results in this release have a margin of error of +/- 3.1 percentage points.