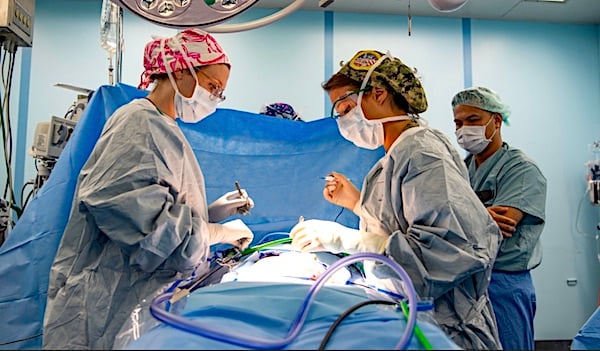 The rule would expand Section 1557 of the Affordable Care Act’s (ACA) ban on sex-based discrimination to include gender identity, sexual orientation and pregnancy-related conditions including abortion, according to a Monday announcement. In practice, this would mean forcing health insurance providers to cover sex change procedures, according to Roger Severino, former director of the HHS Office for Civil Rights.

“By imposing an unscientific gender standard of care, and requiring insurance plans to pay for it, the rule will result in sterilization, loss of sexual function, removal of healthy reproductive organs, and a plethora of unnecessary surgeries and chemical interventions with life-long consequences,” Severino said.

The move is part of a broader push within the Biden administration to promote transgender ideology and sex changes, including for minors.

“What’s truly alarming about this rule is how it irresponsibly pushes transgender treatments despite no legal requirement to and in the face of faulty and contradicting evidence,” Severino added. “Neither law, policy, nor science support such an extreme inversion of medicine, which is why the HHS should abandon all efforts to amend the Section 1557 rule.”

The American Principles Project (APP), a conservative advocacy organization, suggested that the rule would force healthcare workers to provide sex change treatments along with forcing insurance providers to cover them.

“Doctors will likely be forced to facilitate sex-change procedures for minors or else risk losing their jobs,” APP said in a press release. ‘The rule will also mandate that insurance companies cover these procedures, thus compelling Americans to subsidize them through their insurance premiums.”

Transgender advocates, including a representative of the Biden administration, consider sex change procedures such as puberty blockers, cross-sex hormones and surgeries to be medically necessary.

“Today’s proposed rulemaking through the Affordable Care Act is a big moment for equal protection under the law,” Assistant Secretary for Health Rachel Levine wrote. “It ‘prohibits discrimination on the basis of race, color, national origin, sex, age, and disability in certain health programs and activities.'”

Today’s proposed rulemaking through the Affordable Care Act is a big moment for equal protection under the law. It “prohibits discrimination on the basis of race, color, national origin, sex, age, and disability in certain health programs and activities.”https://t.co/87YjbJUKfw

“This is especially key when it comes to providing services like gender-affirming care for trans youth,” Levine said.

The HHS initially announced its plans to expand the definition of sex-based discrimination under Section 1557 in May 2021, but that announcement did not mention pregnancy or abortion.

The HHS did not respond to the Daily Caller News Foundation’s request for comment.