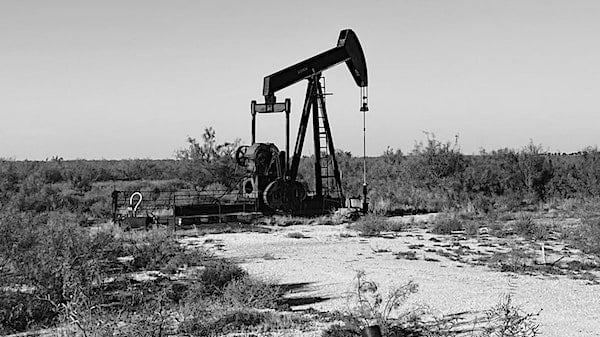 (Photo by Delfino Barboza on Unsplash)

Joe Biden months ago demanded that millions of barrels of oil be released from the U.S. Strategic Petroleum Reserve because of the nation's stratospheric gasoline prices – in excess of $5 a gallon in many places – that were triggered by his economic and energy policies.

But he's been shipping some of it to Europe.

A report from Reuters reveals "more than five million barrels of oil that were part of a historic U.S. emergency reserves release to lower domestic fuel prices were exported to Europe and Asia last month."

The report said the fact that emergency oil reserves intended to be used to mitigate sky-high gasoline prices resulting from Biden's economy, specifically his war on fossil fuels, was harming efforts to bring those prices down.

"About 1 million barrels per day is being released from the Strategic Petroleum Reserve (SPR) through October. The flow is draining the SPR, which last month fell to the lowest since 1986. U.S. crude futures are above $100 per barrel and gasoline and diesel prices above $5 a gallon in one-fifth of the nation. U.S. officials have said oil prices could be higher if the SPR had not been tapped," the report explained.

The report added other cargoes of SPR crude were headed to the Netherlands and to refineries in India and China.

"Crude and fuel prices would likely be higher if (the SPR releases) hadn't happened, but at the same time, it isn't really having the effect that was assumed," Matt Smith, lead oil analyst at Kpler, told Reuters.

Just the News reported, "Meanwhile, U.S. refineries in the Gulf Coast are running at their highest capacity in about the last half-decade, at 97.9% utilization."

It was reported months ago that Biden decided to pull oil from the nation's emergency supplies – even while being challenged by experts who said the move was political.

"It’s possible to say, ‘okay, this is something that politically, if not economically, requires intervention.’ The problem might be that, actually they started talking about doing something back in August,” Kevin Book, a National Petroleum Council member and managing director of ClearView Energy Partners, told the Daily Caller News Foundation at the time.

“The White House was aware of these rising prices and concerned about them, and started taking steps towards intervention and created an expectation for intervention,” he continued. “So, even if the economic reality of five or maybe 10 cents a gallon of short term impact isn’t that big of a deal, doing nothing might look like a really big political problem.”

He said Biden's plan, however, wouldn't have a significant impact on gasoline prices.

A Goldman Sachs report at the time aligned with Book’s comments, explaining that using the SPR is a “short-term fix to a structural deficit."

The SPR was created in the 1970s to help the U.S. deal with energy crises where the global supply of oil dried up. The total inventory was estimated at around 604 million barrels of oil which is kept in deep underground storage caverns in Texas and Louisiana.

The last time the U.S. reached into the SPR supplies was in 2011 when Barack Obama ordered a strategic release during the Libyan civil war, which disrupted the Middle Eastern nation’s oil exports.

“We are experiencing higher prices because the administration and Democrats in Congress are waging a war on American energy,” he continued.

The move even has drawn the suggestion that what Biden was doing was illegal, according to a Daily Caller News Foundation report.

"Biden’s action violated the 1975 Energy Policy and Conservation Act which established the Strategic Petroleum Reserve (SPR), Mark Robeck — the former deputy general counsel for energy policy at the Department of Energy (DOE) during the Trump administration — wrote in a Washington Examiner editorial. The law prohibits the release of emergency SPR stocks unless there is a severe domestic supply shortage, an act of sabotage or natural disaster, he said," the report explained.

“In short, Congress imposed a predicate circumstance of a ‘severe energy supply disruption’ for the president and secretary of energy to authorize the sale of crude oil from the SPR, and such a disruption simply does not exist right now,” Robeck wrote in the editorial. “The unlawful release of oil from the SPR threatens national security by depleting the SPR absent a true supply disruption.”