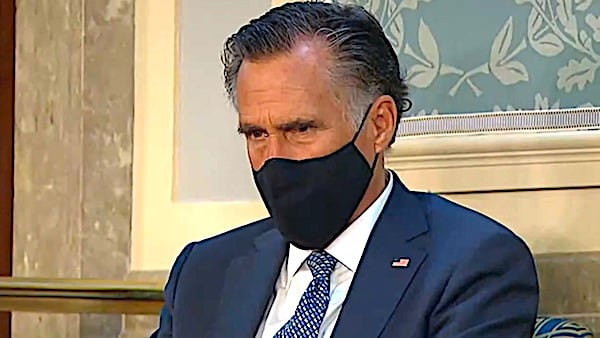 (MEDIAITE) -- An op-ed in the Atlantic, penned by Sen. Mitt Romney (R-UT), blasts both sides of the political spectrum arguing that America is missing the bigger picture.

“What accounts for the blithe dismissal of potentially cataclysmic threats?” questions Romney in the piece titled, “America Is in Denial.”

The senator, who was the 2012 Republican nominee for president, has gained attention in recent years for his criticisms of former President Donald Trump, including a vote to convict Trump in 2020 following the riots of January 6th.