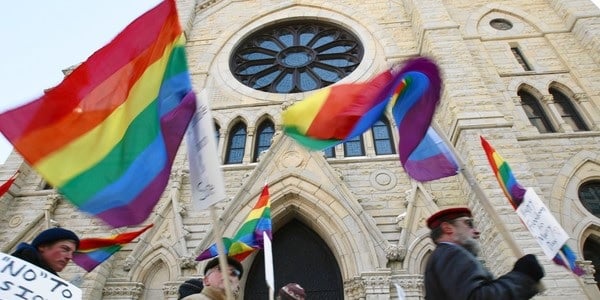 (FOX NEWS) – A Catholic church in Kentucky held what it called a "Service of Atonement and Apology to the LGBTQ+ Community" on Thursday night – the final night of Pride Month.

Saint Paul Catholic Church in Lexington posted a copy of the program to its Facebook page saying the service was an apology to the community for "the Church's lack of respect, compassion, and sensitivity and for unjust discrimination."

The service was led by the church's director of Catholic LGBTQ+ ministry. In a letter titled "Apologies and Reconciliation," the director wrote: "The words the Church uses to describe me still sting, but I believe we are witnessing the evolution of doctrine, so I have hope. I know many LGBTQ+ persons – far too many – have been hurt by the Church and many have left. So have their families and friends. LGBTQ+ persons left with good reason: to survive. Apologies aren't coveralls for the past wounds, but they are a beginning."