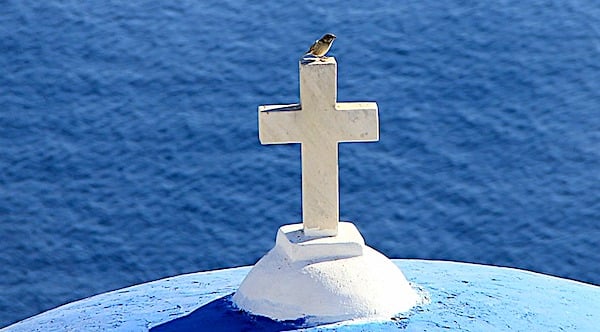 Christians these days too often are criticized and vilified simply because they hold biblical beliefs.

Their opponents simply have no tolerance for them because they adhere to man-and-woman marriage, to protecting the lives of the unborn, and more.

Now one priest has gained a victory over attacks that went too far.

The Thomas More Society is reporting Father Josiah Trenham has been vindicated by a federal court in his fight with a "gay activist publisher" who attacked him.

"The court awarded $300,000 in damages against Sanfilippo, the outlet’s editor, for publishing false, malicious, and defamatory statements and accusations concerning the priest and his ministry, and for harassing the Trenhams."

"We are, of course, pleased with the outcome of this case. Sanfilippo repeatedly and viciously attacked Father Trenham and his wife Catherine, their church and ministry, via his online website. He published a multitude of reprehensible defamatory articles over a period of several years, beginning in 2018, with the intent of destroying the personal reputations of Father Trenham and those involved in ministry with him," explained Thomas More Society special counsel Charles LiMandri.

"Sanfilippo, apparently upset that this pastor upheld the teachings of his church, took on the role of an internet troll masquerading as media. It is right that the court has held him accountable for this outrageous behavior and ordered him to stop," LiMandri explained.

The judgment orders Sanfilippo to no longer be "engaging in defamation, civil harassment, extortion, invasion of privacy, and other wrongful conduct," and requires him to remove the offending posts from the web.

"Sanfilippo is also banned from 'posting or reposting the material including writing, videos, messages, or communications in any form either online or in any other forum where it can be viewed or accessed by the public, as well as allowing such material that was previously published to remain in place,'" the legal team said.

The offending statements had claimed that Trenahm approved of Shariah law, approved of violence against others, and "abused or permitted the abuse of their own children…"