A longtime associate of the Clinton empire, a man who played a key role in Bill Clinton's successful 1996 presidential race, is predicting the victor in the 2024 race, which is lining up, potentially, to be a replay of the 2020 race between Joe Biden and President Donald Trump.

Dick Morris has unleashed his own comments on the possibility his longtime friend, Trump, will be back, in a new book, imminently to be released, called "The Return."

"Will he run in 2024? You bet he will. Will he be the GOP nominee? Absolutely. Will he win the election? Yes,"” Morris writes.

The details come from Paul Bedard in the Washington Examiner, which obtained a preview of the publication.

"Our candidate in 2024 will be, and must be, Donald J. Trump. Accept no substitutes. Only he can put together the coalition that generated 74 million votes in 2020. And we don’t want a bleached-out, kinder, nicer, gentler Donald Trump, either! We want and need the same Donald Trump who won in 2016, increased his vote share in 2020 by eleven million votes, and in between, was one of our truly great presidents," said Morris.

He now is host of Dick Morris Democracy.

Morris, who actually was a "secret unpaid adviser" to Trump in 2020, explained, "I have spoken with the former president dozens of times since he left office, and our conversations were always either about how he was cheated in 2020, or how he would get back in 2024. He has never, for a moment, taken his eye off the ball – getting back in the White House!" more said in the Examiner report.

His book explains what went wrong in 2020 – Trump was at war with the media and Biden simply got more votes – and the 2024 strategy.

He doesn't dismiss the idea of election fraud and "how it undermined Trump’s reelection."

And he suggested states try to get back to pre-COVID voting rules, "that GOP voters elect Republican secretaries of state who set election rules, and that the GOP do a better job turning out the vote," the report explained.

Working for a possible Trump candidacy – and against a Democrat candidate – would be the economy, illegal immigration and surging crime.

Morris suggested of reminding voters that they all were check while Trump was president, and the problems exploded when Biden got the keys to the White House.

"Each of the three has the same unique feature: none was a problem under Donald Trump, and all emerged as serious issues on the day that Biden was inaugurated," Morris explained in the report. 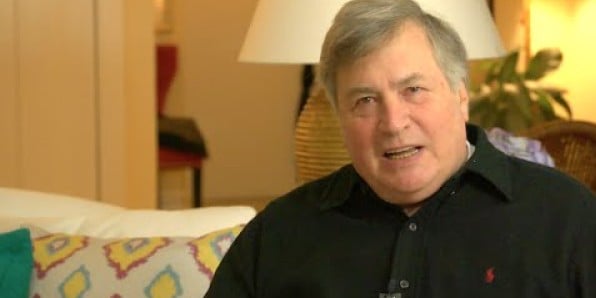 "The GOP should then try to convince voters that Biden nor his team have figured out a way to change the direction of those issues, and won’t because they want to 'transform America into a nation none of us will recognize by destroying social, cultural, economic, and political freedoms,'" the report explained.

Nobody will change Trump's tough talk, he said.

"Trump is Trump. Like it or lump it. He’ll never change, and I came to realize that his manner could not be divorced from his successful outcomes. Change one, and you would forfeit the other," said Morris.

He said Trump will build his base on white and Latino voters.

"Trump’s political power is rooted in his unique ability to attract, as no other American political figure can, two key groups of swing voters who became part of his core constituency: white high-school-educated voters and Hispanic-American patriots," Morris explained.

There were a lot of unusual factors that affected the 2020 presidential election, and while just about every election has some sort of fraud that shows up, many experts agree that there likely wasn't enough to change the Electoral College vote count.

But that doesn't mean it wasn't deliberately rigged, according to a senior legal correspondent Margot Cleveland of The Federalist.

"Stealing an election by fraud is not the only way to rig an outcome. Elections are rigged when systemic violations of election law occur," she wrote. "That there was no widespread fraud in November 2020 doesn’t mean that the election was not rigged to keep Donald Trump out of the White House."

She pointed out: "The election was rigged with every illegal drop box placed in Democrat-heavy precincts."

And, "The election was rigged when the Pennsylvania legislature unconstitutionally authorized no-excuse absentee voting and when Philadelphia clerks illegally inspected ballots and then told Democrat activists which voters needed to cure their ballots for their votes to count."

And, "The election was rigged when Wisconsin election officials ignored the state election code, telling voters they were 'indefinitely confined' because of Covid and that nursing homes could ignore Wisconsin’s requirement that special voting deputies oversee elections in residential facilities."

And, "The election was rigged with every dollar of Zuck Bucks designed to get out the Democrat vote, and with every leftist activist embedded in county clerks’ offices to push such efforts while accumulating untold voter data to the benefit of the Biden campaign."

And, "The election was rigged when Georgia rendered the election code’s mandate of signature verifications inoperable and the state court delayed a hearing on Trump’s challenge to the Georgia outcome until after the vote certification, thereby ignoring evidence that more than 35,000 illegal votes were included in the state’s tally — more than enough to require a court to throw out the election."

Cleveland explained, "The Jan. 6 show trial continues this week in the House, with several partisan aims remaining in focus, chief among them conditioning the public to believe the Nov. 3, 2020, election was the most secure in American history. By limiting their focus to select and disproven claims of election fraud, the Democrat-stacked House committee provides a bait-and-switch prime-time presentation designed to convince the country that Trump lied to his supporters when he declared the election was stolen."

Rigging was evident, she said, "when the press refused to bare the secret that Hunter Biden provided his dad, the 'Big Guy,' a 10 percent kickback from the various millions made in a pay-to-play scandal."

And, "When Twitter blocked the New York Post’s reporting on the Hunter Biden laptop and the material uncovered from its hard drive and then when every elite media outlet ignored the story."

And, "When the same legacy and social media outlets that censored the explosive Joe Biden scandal instead promoted the false claim that the Post’s reporting was Russian disinformation."

And, "When the lapdog media outlets pantingly ran the Russia disinformation cover story to protect Joe Biden, knowing Attorney General William Barr’s Department of Justice would not leak the truth, but would instead preserve its independence and remain silent while the corrupt press lied to the American public."

No evidence of "fraud?" Could be.

"But the election was still rigged against Trump six ways to Sunday," she said.