He asked her a straightforward question. She did not know how to answer it. Would you have done any better? Let me explain.

It was 2008. I was on the "Dr. Phil" show for the first time. Three of us were there defending one man-one woman marriage. The other three platformed guests – which included Gavin Newsom and Feminist Attorney Gloria Allred – were for decimating the 5,000-year-old definition of marriage to support that for which God had destroyed Sodom.

It was tense. Half the audience was for biblical, historic and orthodox marriage. The other half was for so-called same-sex "marriage." The state of California had just voted to defend marriage by 52.3%. People were shocked. The radical leftists were angry and getting angrier by the minute.

Dr. Phil led the discussion before an audience that was increasingly hostile. The homosexuals were yelling at anyone on the platform who said anything they did not like. Finally, he turned to the front row and asked a woman, whose husband was right beside her, "So how does same-sex marriage hurt your marriage?" She tried to answer but she sputtered. As they say, she "choked." She could not answer it quickly, and the leftists knew it and began to howl.

I do not blame the woman who was put on the spot on national TV for not being able to answer. Why? Because I was her pastor. Apparently, I had not adequately trained her for this moment. I had trained myself for this question, as I had been on many interviews. But I had failed to train her. She was – and still is – a very bright and articulate woman. But I had not prepared her for this high-pressure moment.

But the issue is not a woman who was asked a question in a Los Angeles TV studio before a national audience 14 years ago. The real issue is you. Here. Now. Can you answer that question, and many others?

If not – and most Christians cannot – you are invited to come to the Future Conference (www.WellVersedWorld.org/futureconference/) Wednesday and Thursday, July 20 and 21, in Arlington, Virginia – across the Potomac River from Washington, D.C.

The first day of the conference will cover "What to Say," as well as "How to Say It," that is, how to respond biblically to many political-governmental topics.

So, why do you need this conference? 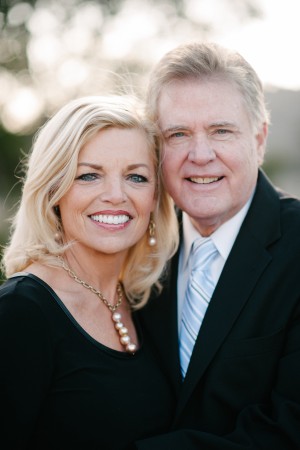 On Day 1 of the Future Conference, several members of Congress will be speaking, along with many experts to help you learn what to say.

In addition, a "stenographer-scribe" will be typing bullet points from each speaker, which will appear on the large screens in the front of the ballroom, which will then be electronically sent to your computer after the talks, providing you with sort of a "digital flashcard" of "what to say," and "how to say it."

That's Day 1 – Wednesday, July 20 – of the Future Conference. Wait till you hear about Day 2, Thursday, July 21. This day is designed to help you "soar like an albatross." Why is that important? An albatross is a bird that can stay in flight, if needed, not having to touch land, for up to five or six years!

We, as persons with Judeo-Christian values, are needing to stay "airborne" above the "cancel culture tsunami," which is hoping to silence you, or fire you, or crush you, if you don't accept the current totalitarian narrative.

Do you know how to care for yourself, your family and your neighbors if this present trajectory continues? What if your church congregation were to be forced "underground"? What if the government were to cut off medical treatment to you because you did not submit to what they demanded of you?

Day 1 is an offensive plan. Day 2 is a defensive plan. You need both. Come to the Future Conference, July 20-22, in Arlington, Virginia. If you cannot come, watch it from the comfort of your living room.

Jim Garlow
Dr. Jim Garlow is the CEO of Well Versed, co-founded with his wife, Rosemary Schindler Garlow, which "brings Biblical principles of governance to government leaders … and to the people who elect them."
She didn't know what to say – would you?
Planet Earth, we have a serious problem
Christian leaders: The Chamberlains and the Churchills
Needed: Full political disclosure by journalists
See more...