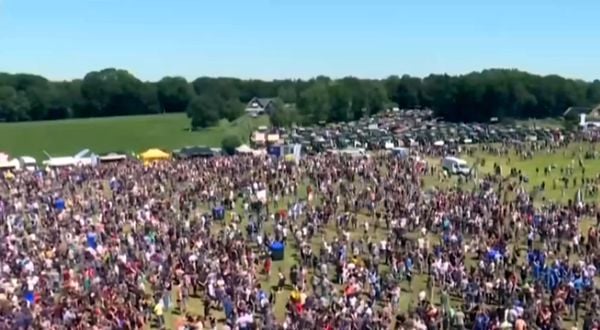 (ZEROHEDGE) – Thousands of tractor-driving Dutch protesters came out this week to continue demonstrations against the government's radical plan to cut nitrogen emissions by 30% - 70% as part of their 'green' agenda.

Farmers from the world's fifth largest exporter of food are demanding that the Hague immediately reverse course, and have blocked the border between Holland and Germany over the rule which would lead to the closure of dozens of farms and cattle ranches.

On Wednesday, dozens of tractors blocked a highway close to the German border, according to traffic authorities. Even larger protests are scheduled for July 4, with organizers taking to Telegram to call people to action against rules they say will "flatten" the country's agriculture industry.