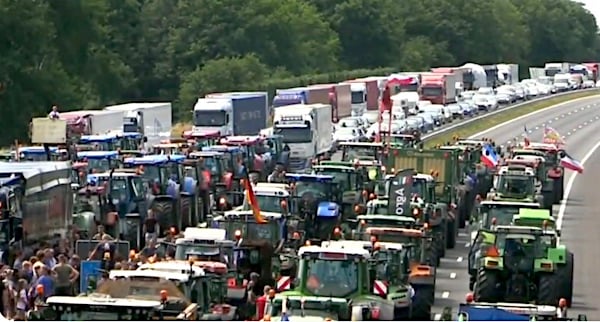 (ZEROHEDGE) – Farmers in Italy, Spain and Poland have joined Dutch farmers in protest of 'green' government regulations that will decimate the industry by forcing them to reduce their use of nitrogen fertilizer compounds.

"We are not slaves, we are farmers," said Italian farmers, who drove tractors through the streets of Milan and blocked city traffic.

According to the Morning Star, "Italian farmers face an imminent crisis due to a severe drought that has seen a third of agricultural produce placed at risk."