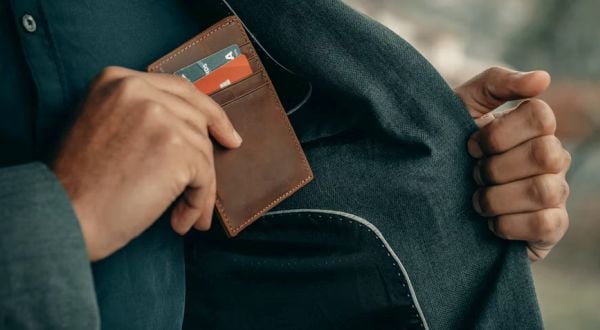 Republican Texas Rep. Lance Gooden sent a letter to the acting director of Immigration and Customs Enforcement (ICE) Thursday to raise concerns about a possible effort to give illegal migrants IDs, according to a letter exclusively obtained by the Daily Caller News Foundation.

“When I demanded President Biden stop allowing illegal immigrants to use arrest warrants as ID to fly, I was hoping he’d stop flying them across the country. Instead, he’s decided to give them government IDs and risk the safety of our communities, the integrity of our elections, and the stability of our social safety net programs,” Gooden said in a statement to the DCNF.

The Biden administration is weighing the implementation of a program to give IDs, ICE Secure Docket Cards (SDC) , “to provisionally released noncitizens,” an ICE spokesperson recently told the DCNF. The proposal is included in the fiscal year 2023 appropriations bill, meaning it could be put in place before the midterms, according to Axios.

“The Biden Administration must provide Congress with answers and end this absurd practice,” he added.

“Unless this program has rigorous guardrails to ensure adequate vetting, credentialing, and collection of biometrics, Secure Docket Cards will do nothing to secure our border, and the American people should be very concerned our entire national security framework is in jeopardy. I want to reiterate that, without collecting and properly utilizing biometrics, Secure Docket Cards will be useless and increase fraud and illegal immigration,” Gooden wrote in the letter to ICE Acting Director Tae Johnson.

The ID would include a photo, biographic identifiers and security features for the “mutual benefit of the government and noncitizens,” an ICE spokesperson told the DCNF. Gooden previously raised concerns about the Transportation Security Administration (TSA) allowing illegal aliens to use ICE civil arrest warrants as IDs at airports after the agency disclosed the program to his office in January, according to a letter exclusively obtained by the DCNF.

“If ICE is committed to ending human smuggling and trafficking, protecting vulnerable immigrants like women and children, and securing our border, then Secure Docket Cards must include biometric collection and utilization throughout the immigration lifecycle,” the Texas Republican added.

Under the Biden administration, there have been historic encounters of migrants illegally crossing the border with over 3 million recorded by U.S. Customs and Border Protection (CBP) since the president took office.

TSA referred the DCNF to ICE, which said that the agency responds to such inquiries through “official channels” and by “appropriate officials.”