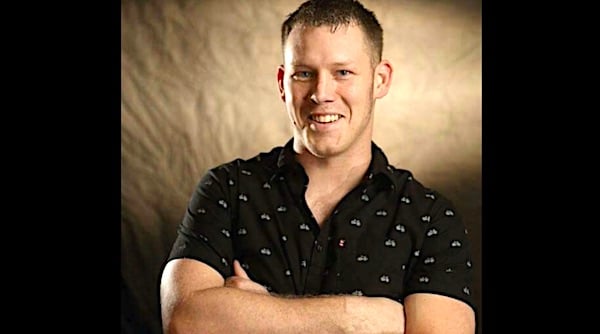 One of the protesters caught up in the Jan. 6, 2021, events at the U.S. Capitol – a man who has not yet been convicted of anything – has unleashed on the federal government during a telephone interview with The Gateway Pundit.

It is Andrew Taake, 33, of Houston, who said in the interview that he'll take punishment if it's something he deserves.

But he wants those who were on the other side – the side of the government – who violated the law to face their punishments, too.

"I have said since day one, I will stand for my JUST punishment with my head held high, as long as the officer who sprayed me with pepper spray as soon as I walked up near the building smiling and holding my hands up empty gets his due justice. Same for the baton wielding, boot stomping officer who mangled my hand so badly, that I now am faced with having half my ring finger amputated as it is too far gone to ever repair. What about officer Lila Morris who murdered Roseanne Boyland, by beating her relentlessly in the head with a baton (as seen on her own body camera footage I personally have watched), or Lt. Michael Byrd who shot Ashli Babbitt in cold blooded murder? What of the officer I watched time concussion grenades to explode right by peoples’ heads, of which two other protesters were killed, and then lied about saying they died of 'natural causes'? When do the people murdered at the hands of Nancy Pelosi’s Stormtroopers get any justice?"

The report explained Taake was describing "what pre-trial prison time is like for a non-convicted Trump supporter awaiting trial at United States Penitentiary, Lewisburg. Meanwhile, actual convicted murderers and rapists in the prison are treated better with access to amenities that J6'ers are prohibited from using."

The report explained, "J6'ers are apparently deemed too dangerous to mingle with the actual murderers and gangsters at the penitentiary and are instead forced into an individual unit where they spend their small allotment of 'recreation' time in individual cages."

His description of the detention program imposed by Joe Biden's administration on the protesters who were upset with evidence of misbehavior in the 2020 election is horrifying.

"January 6'ers 'rec' time is spent in what is literally like a hamster cage. As if we are guilty of severely heinous crimes. We are inside of a small cage behind a fence with razor wire on it, behind a wall with razor wire all over it, and we’re still pretrial. They’re one man cages and you are separated from the others.

The report said Taake also is seeking help to obtain legal counsel "as he is being represented by a negligent leftist public defender."

One of the schemes of the Biden administration has been to detain offenders suspected of minor crimes such as trespassing without bond – and then not even try to hold trials "until 2023 or later."

Taake described what keeps him, and other January 6 defendants, strong.

"Really just knowing this is all a bunch of garbage. That when we get out of this, we’ll be fine. Knowing this is not going to take us down. We’re not going to be here forever, a couple years if it turns out bad and we have to do some time, a few years, and we’ll be better off. Hopefully some good comes of this for the country so the people can see what’s going on with the clearly selective persecution. Hopefully it’ll wake people up to see… but if they don’t get their news from certain areas they have no idea what’s going on, you know. They only see the one-sided charade of the January 6 committee, and what CNN and MSNBC lie about on the constant."