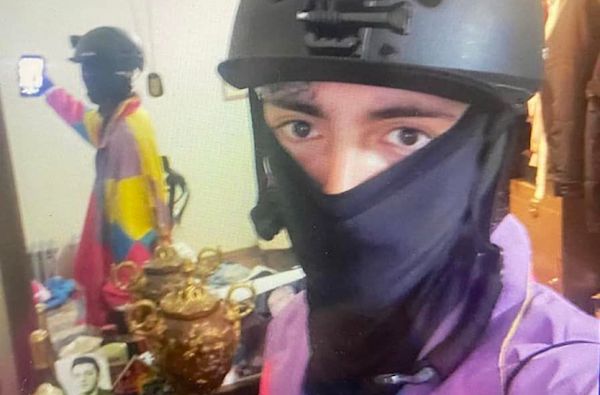 The man suspected of using a Smith & Wesson rifle that he bought in 2020 to shoot up a Highland Park, Illinois, July 4th parade, killing seven and injuring dozens, apparently had plans for another shooting.

Some publications were reporting an eighth victim had died, and dozens were, in fact, injured.

Just the News reports that when Robert Crimo III was arrested after traveling to Madison, Wisconsin, he was planning an attack like that in Highland Park, according to a prosecutor.

Eric Rinehart, the attorney for Illinois' Lake County, confirmed that in a press conference held after the defendant was ordered to be held without bail.

"He seriously considered using the firearm in his vehicle to commit another shooting," Rinehart said.

The report said Rinehart also said Crimo confessed to firing into the crowd at the parade in Highland Park, near Chicago.

The Daily Mail said Crimo was in court Wednesday where charges against him were announced. In addition to the murder counts, other charges are expected to be added.

Appearing via camera from the Lake County jail, he told the judge he did not have a lawyer.

Judge Theodore S. Potkoniak ordered him to remain behind bars.

The report said the court hearing revealed Crimo had used a legally purchased Smith & Wesson rifle to carry out the attack. He had purchased it in 2020 for around $800.

He fired 83 shots, reloading twice, and police tracked him by the serial number of the gun, which he left behind, to his home.

The report said he had dressed up like a girl and used makeup to cover his tattoos.

The Daily Mail explained, "He contemplated a second shooting there because he had 60 rounds left, but decided against it and drove back to Illinois where he was later arrested."

The report said a lawyer for the suspect's parents explained there had been no "red flags" that they could have reported to police ahead of time.

But he was confronted by police in 2019, when officers confiscated 16 knives from him after he had "threatened to kill everyone."

There was no arrest and the knives were returned shortly later.