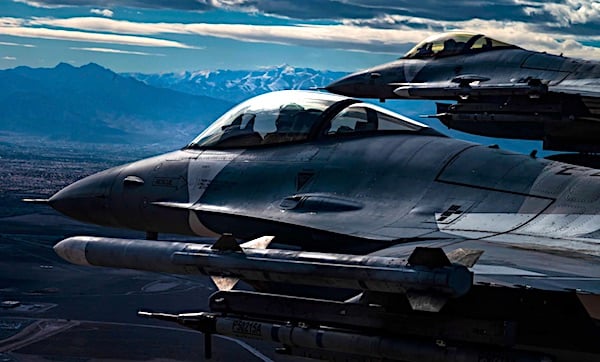 Members of the Air Force and Space Force, including the Air Force Reserve, who request a religious exemption from the experimental COVID-19 vaccine will temporarily not be subject to expulsion or any other adverse actions, a federal judge ruled Thursday.

The government, according to the court order, now has seven days to explain "why this Court should not grant a class-wide preliminary injunction."

"This is a huge victory for many of my Air Force clients. Another federal judge has found that 'The facts show Defendants have engaged in a pattern of denying religious accommodation requests,'" said R. Davis Younts, a lieutenant colonel in the Air Force Reserves and a Judge Advocate General's Corps lawyer.

Younts is privately representing several military members seeking an exemption from the vaccines, which have not prevented infection, as promised, undercutting the rationale for requiring them as a condition for service.

The judge determined the service members faced a "violation of their constitutional freedom" by the Air Force's "clear policy of discrimination against religious accommodation requests."

"My clients and I are grateful for the attorneys working on this case and the efforts they have made for religious freedom in the military. While the current temporary restraining order is set to last for 14 days we anticipate that it will be extended," Younts said.

Air Force Master Sgt. Nick Kupper, who faces expulsion after 19 years of service because he has not been vaccinated, told Fox News host Tucker Carlson he is not alone.

"I'm just one of hundreds of thousands of [service members] who are being kicked out because we won't take and illegal, emergency-use vaccine," he said.

"That hurts people," Carlson interjected, "and doesn't protect you from COVID."

Kupper noted the Department of Defense, according to its own numbers, has seen a threefold increase in COVID-19 cases and deaths on a monthly basis since the mandate.

Meanwhile, military recruiting is down sharply. With just three months remaining in the fiscal year, the Army has met only 40% of its recruitment goal.

"The Biden administration’s military Covid-19 vaccine mandate is a primary cause of recruitment problems, but it's a symptom of a bigger issue: the politicization of our military," he said.

"Potential recruits look at the Pentagon's focus on social issues – while glaring errors are being made, such as the failed withdrawal in Afghanistan – and they are understandably left to wonder whether the priorities of the top brass are misplaced."