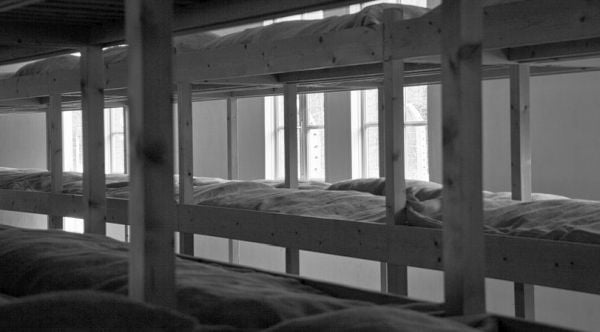 Leftist state officials across America adopted some extreme measures during the COVID-19 pandemic, such as locking down churches, schools and businesses.

But one of the plans that, in fact, pushed the edge even of Democrat extremism, a quarantine camp law in the state of New York, now has been killed by a judge.

According to the Epoch Times, New York health officials adopted during the pandemic a rule that allowed the New York commissioner of health put anyone – sick or not – into a quarantine camp for any length of time.

It was called Rule 2.13, and raise objections from the court, which said, "Involuntary detention is a severe deprivation of individual liberty, far more egregious than other health safety measures, such as requiring mask wearing at certain venues.

"Involuntary quarantine may have far-reaching consequences such as loss of income [or employment] and isolation from family."

The decision found that the state's executive branch didn't have any authority to propose it. It was created by Gov. Kathy Hochul and her health department during the pandemic, and lawmakers never voted on the scheme.

It was in court because state officials wanted to make the rule permanent.

The court continued, "The commissioner has unfettered discretion to issue a quarantine or isolation for anyone, even if there is no evidence that person is infected or a carrier of the disease. Further, the commissioner sets the terms, duration, and location of the detention, not an independent magistrate," under the state's agenda.

The state's previous quarantine law required a doctor to issue a report on someone "currently sick with a contagious disease," then health officials would investigate and present their findings to a magistrate, who would hold a hearing.

The changed process simply allowed the commissioner to order quarantine for anyone, anywhere.

Just the News reported the judge's ruling found the new rule was "a severe escalation" from previous health measures.

The report noted that targets were given hearings after the fact, but that wasn't good enough.

"These protections are after-the-fact and would force the detainee to exercise these rights at a time when he or she is already detained, possibly isolated from home and family, and in a situation where it might be difficult to obtain legal counsel in a timely manner," the judge wrote.