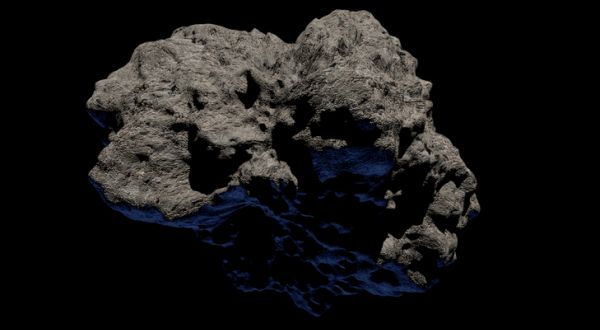 (LIVE SCIENCE) – Researchers have discovered never-before-seen types of crystal hidden in tiny grains of perfectly preserved meteorite dust. The dust was left behind by a massive space rock that exploded over Chelyabinsk, Russia, nine years ago.

On Feb. 15, 2013, an asteroid measuring 59 feet (18 meters) across and weighing 12,125 tons (11,000 metric tons) entered Earth's atmosphere at around 41,600 mph (66,950 km/h). Fortunately, the meteor exploded around 14.5 miles (23.3 kilometers) above the city of Chelyabinsk in southern Russia, showering the surrounding area in tiny meteorites and avoiding a colossal single collision with the surface. Experts at the time described the event as a major wake-up call to the dangers asteroids pose to the planet.

The Chelyabinsk meteor explosion was the largest of its kind to occur in Earth's atmosphere since the 1908 Tunguska event. It exploded with a force 30 times greater than the atomic bomb that rocked Hiroshima, according to NASA (opens in new tab). Video footage (opens in new tab) of the event showed the space rock burning up in a flash of light that was briefly brighter than the sun, before creating a powerful sonic boom that broke glass, damaged buildings and injured around 1,200 people in the city below, according to Live Science's sister site Space.com.