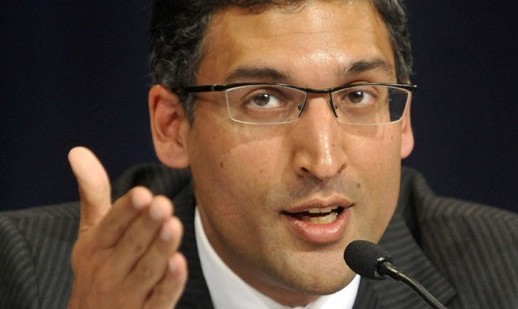 Neal Katyal, former acting Solicitor General, compared the Supreme Court’s latest term to the one that produced the infamous Dred Scott ruling during a Thursday night appearance on MSNBC.

“I love the court and revere the court but this particular composition of the court is the most conservative extreme court in our lifetimes,” Katyal, who served during the Obama Administration, told guest host Alicia Menendez on “The 11th Hour.” “It’s one of the three most conservative courts ever, only 1857 and 1935 come close. And you know what happened after both of those years.”

The Dred Scott ruling is considered the worst ruling in history, according to Findlaw.com, since it held that blacks could not be citizens and thus, he had no right to sue. Other rights the opinion by then-Chief Justice Roger Taney denied to blacks were those of free speech and to keep and bear arms.

The Supreme Court issued a number of rulings that displeased Democrats and liberals, including upholding a Mississippi law banning most abortions after the 15th week of pregnancy, striking down New York’s restrictive “good cause” requirement for concealed carry permits and limiting the steps the Environmental Protection Agency could take with regards to regulating emissions.

Katyal did not immediately respond to a request for comment from The Daily Caller News Foundation.