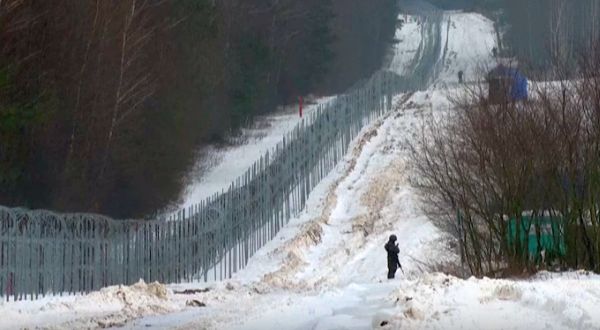 (ZEROHEDGE) – Polish Prime Minister Mateusz Morawiecki and a delegation of security officials traveled to their country's border on Thursday to mark the completion of a 186-mile steel wall along the Belarus frontier.

In remarks to reporters, Morawiecki used some some spin to deflect liberal attention from Poland's selective approach to immigration that welcomes Ukrainians while rejecting Syrians – by portraying the migrant barrier as part of the West's confrontation with Russia.

“The first sign of the war in Ukraine was (Belarus President) Alexander Lukashenko’s attack on the Polish border with Belarus. It was thanks to (our) political foresight and the anticipation of what may happen that we may focus now on helping Ukraine, which is fighting to protect its sovereignty,” he told reporters.