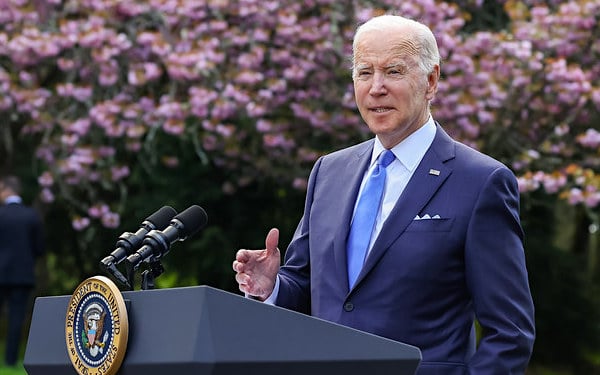 A majority of registered Democrats would like someone other than President Joe Biden to be their party’s nominee in 2024, according to a poll released Monday.

Nearly two-thirds of Democrats responded that they would rather somebody else at the top of the ticket, with respondents citing the economy, inflation and President Biden’s age as major determinants for their opposition to his leading the party in 2024, according to a New York Times/Siena College poll released Monday. Biden fared particularly poorly with younger voters; 94% of Democrats under the age of 30 said they would prefer a different presidential nominee.

The NYT/Siena College poll found that just 13% of American voters said the nation was “on the right track,” the lowest point since the depths of the financial crisis in 2008.

Despite the low job approval, the NYT/Siena College poll found that 92% of registered Democrats would begrudgingly vote for Biden against former President Trump in a hypothetical matchup, and the Times has Biden edging out Trump 44%-41% in a nationwide matchup.

Will the party that nominates someone new have the advantage in 2024?

Voter: “I want younger blood. I am so tired of all old people running our country. I don’t want someone knocking on death’s door.”https://t.co/JN1yloWRcm

The NYT surveyed 849 registered voters nationwide between July 5-7, with a margin of error of plus or minus 4.1%.

Another poll published by Civiqs on Sunday suggested that President Joe Biden has dipped below 30% approval.

Biden’s approval has been on a gradual but consistent decline since July 2021, according to Civiqs’ data, which now suggests that just 29% of Americans approve of the president’s job performance as of yesterday evening.

Joe Biden has a 19% approval rating among independent voters, just 26% approval in Arizona and Georgia. It’s a total disaster for Biden in the toss up states. None of us living today have ever seen a president with numbers this bad. https://t.co/Zw9Qo1Zwir

Within his own party, President Biden has dipped from a high of 91% approval in April 2021 to just 64% today, Civiqs reported.