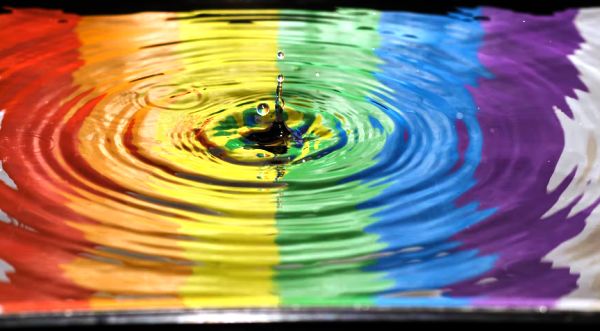 Moving beyond those old stick-in-the-mud nations where changing a gender requires any sort of evidence or documentation, Germany now is considering a plan to let people choose their gender annually, simply instructing a government office what name people currently want to use.

Sounds like a haven for those who want to escape the clutches of bill collectors or criminals trying to avoid time behind bars.

It is in a report from LifeSiteNews that the scheme has been described.

There, a report explains that Germany, the "powerhouse of the European Union," currently is dealing with "an inflation-wracked economy, food shortages, a fuel crisis, and fallout from the Russian invasion of Ukraine."

That means the government is making time for a proposal from Minister of Justice Marco Buschmann of the left-wing FDP along with Family Minister Lisa Paus from the Greens.

Their draft plan, presented to the public just days ago, would throw out a 1980 law that stipulates those wishing to legally change genders need to provide psychological assessments and such.

"Even asking questions of those claiming the mantle of an LGBT agenda is now offensive — they are our culture’s new sacred cows," the report said.

Instead, the plan would "permit people to change their gender on paper once a year, as the whim takes them. They can simply go to the registry office and have their first name and gender amended."

Further, the politicians are insisting on fines for those who would continue to call them by their previously names.

"The law will apply to anyone 14 or older, and any minor wishing to transition against his or her parents’ wishes can take them to family court, which will determine the way forward based on their interpretation of the 'well-being of the child.' The results of such court proceedings are virtually a foregone conclusion, as the premises of the transgender movement are quite literally the foundation of the law in question. Parents who have concerns may well find themselves formally designated a danger to their own children, with the state stepping in to make sure that Hans can be come Hilda or vice versa," the report explained.

The report noted that abuse of the law is literally a given.

"Male convicts (especially dangerous criminals sentenced to time in tough prisons) have been identifying as women in order to get transferred to female jails. The predictable result has been the sexual assault of female prisoners trapped behind bars with violent men. This new law, which permits people to change their gender every year if they wish, will allow men to register as women to obtain rights or advantages reserved for women and promptly switch back if they wish."