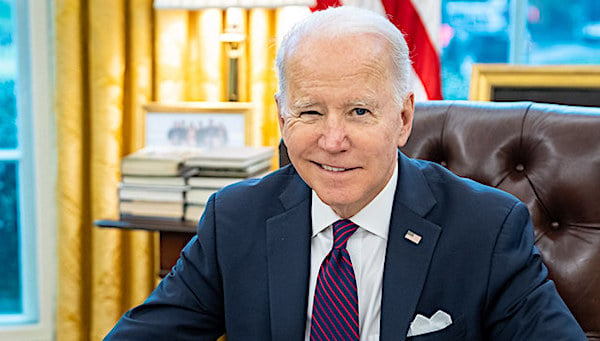 If the Republican Party takes over leadership of the House this fall, as polls indicate, GOP lawmakers will use their power to investigate matters currently being suppressed or ignored by Democrats, including the Biden family's influence-peddling operation.

"They're ready to rock and roll," said Rep. Andy Biggs, R-Ariz., a member of the Committee on Oversight and Government Reform, the chamber's main investigative panel.

Biggs, in an interview Wednesday with Newsmax TV, promised the GOP leadership will "deliver" and "expose all of this stuff."

The lawmaker said that if the "deep state" won't cooperate, the House under Republican control will move to "defund."

The House could reinstate, for example, the so-called Holman Rule, which allows a lawmaker to reduce a civil servant's salary to 1$.

We could say, "Merrick Garland, if you're not going to prosecute" the Hunter Biden case and others, "we're going to use the Holman Rule to make sure you don't get paid," Biggs said.

"We want someone in there who's actually going to prosecute and investigate these cases."

In a letter Wednesday that is mostly symbolic because the Republicans currently are the minority, GOP members of the House Committee on Oversight and Government Reform asked Hunter Biden's financial adviser to turn over all information on the Biden family business deals with the likes of a Chinese Communist Party company and corrupt Russian and Ukrainian oligarchs.

Edward Prewitt, the letter noted, has advised the president's son on more than 150 transactions from business dealings that have been flagged by U.S. banks through filings of Suspicious Activity Reports to the Financial Crimes Enforcement Network.

"Text messages show that Hunter Biden was aware of these SARs and took steps to avoid detection in his financial dealings," the House Republicans point out.

The GOP lawmakers said they are "committed to following Hunter Biden's money trail – consisting of many complex, international transactions worth millions of dollars."

Comer said the American people "deserve to know the President's connections to his son's business deals, which have occurred at the expense of American interests and may represent a national security threat."

The requested information includes a list of accounts opened by Hunter Biden and business partner Eric Schwerin, who had access to Joe Biden's financial accounts with the firm, the Republicans said. And Schwerin, they added, had "multiple meetings with then-Vice President Joe Biden, Hunter Biden, as well as foreign business associates."

Whistleblowers have revealed that the DOJ and FBI illegally suppressed information on Hunter Biden.

These institutions are corrupt.

My colleagues and I are going to expose these nefarious activities and explore using the Holman Rule should they not cooperate. pic.twitter.com/SXe3X2xPs1

The analyst, Brian Auten, was a key figure in Crossfire Hurricane, the FBI's counterintelligence investigation alleging the Trump campaign colluded with Russia to win the 2016 election.

Auten, despite having been told by the primary source of the Steele dossier that the claims against Trump were unverified, pressed for the warrants to spy on the Trump campaign. The DOJ and FBI presented the dossier to the secret intelligence court as its primary evidence to justify the warrants. Auten also was involved in the January 2017 investigation of then-Trump National Security Adviser Michael Flynn. An FBI memo shows agents plotted before the infamous "ambush" interview of Flynn to get him to lie so he could be fired. In addition, Auten helped draft part of the prominent January 2017 Intelligence Community Assessment on Russian interference, describing the Steele dossier as "reliable."