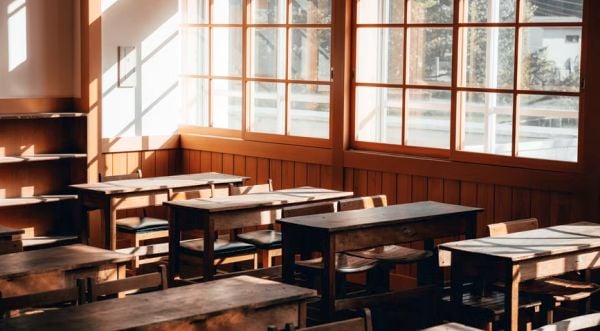 A Wisconsin school district that wrote a letter claiming a parent defamed school officials in complaints about explicit material used by the district has been hit with an accusation that its letter, in fact, was nothing more than bullying.

Officials at the Wisconsin Institute for Law & Liberty have reported that it was the Oconomowoc Area School District that issued a cease and desist letter to a local parent and activist "threatening her with a defamation lawsuit for statements she made in public forums about the use and accessibility of age-inappropriate material."

The letter targeted and threatened Alexandra Schweitzer, who had written about her responses from the district to her concerns, the district's officials' actions, and more.

"The Oconomowoc Area School District's attempt to silence a local mom with legal threats is inappropriate and troubling. The district's accusations of defamation are weak. This tactic needs to be called out for what it is: bullying a critic," explained WILL general counsel Rick Esenberg.

His organization responded to the district on Schweitzer's behalf, explain that the district's demands she retract her statements will not be met. In fact, the letter sent to the school's lawyers demands that they retract their threats.

Schweitzer said, "If the school district wanted to silence me, they have failed. School districts need to know that parents won’t back down and legal threats won’t deter us from looking out for our kids."

The case developed because, over recent months, Schweitzer, of Oconomowoc, Wis., had repeatedly raised concerns about age-inappropriate materials available to children and being used in classes in the district – all without proper parental notification.

She eventually enrolled her children elsewhere.

But she continued to advocate for local parents, voicing her concerns and those of district parents in public forums and before the Wisconsin legislature.

The district then hired a legal team to write her, ordering her to stop making her comments, and threatening legal action if she did not.

"At issue are a series of comments Schweitzer made about the availability of certain inappropriate books available to students of all ages through the school’s library app, inadequate parental notification about the use of a book in an eighth-grade classroom with controversial themes, and statements about her communications with the school district and the school board president," the legal team explained.

WILL explained such schemes are "indicative of bullying parents into silence. This is entirely inappropriate and sets a dangerous precedent."

WILL said its letter makes clear "that none of the claims OASD made reach the legal standard of defamation. Ms. Schweitzer will not be revoking her statements because they are protected by the First Amendment."

The legal team told attorneys Mark L. Olson and Emily R. Turzinki, who had been hired by the district, "The claim that our client defamed the Oconomowoc Area School District and school board president is unequivocally false."

The lawyers' explained to the school that Schweitzer "fairly articulated" the school's positions in her comments.

"Our Supreme Court has held that the constitutional protections for speech and press were 'fashioned to assure unfettered interchange of ideas for the bringing about of political and social changes desired by the people,'" the lawyers told the school.

"This is the crux of the problem. Ms Schweitzer (and other families) have a disagreement with the district. That disagreement should be addressed through public discourse and the political process, not by sending mothers intimidating letters on legal letterhead. A defamation suit by public officials can be appropriate in certain extreme circumstances, but those are not present here. Not even close."

The mothers' legal team informed the school she would not be revoking her statements.

"Our requests on behalf of Ms. Schweitzer are twofold. First, we request that the district revoke its cease and desist letter. Second, we request confirmation from the district that it will stop spending taxpayer dollars to fund bullying tactics via legal counsel. The district should instead focus on educating its students with age-appropriate material."

The fight originated when Schweitzer found that the district was making available to students, without parental or teacher oversight, on their Chromebooks several "questionable books."