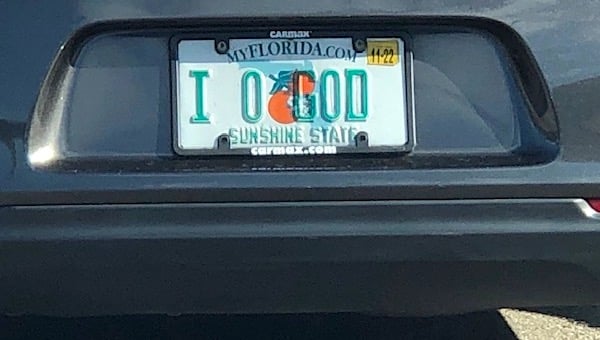 Mainline American churches long have been in decline. And there have been a number of actual civil wars among congregations and divisions that have resulted – often over social issues facing the nation such as the LGBT agenda.

Now the reasons, or results as you choose, are being seen: Only 20% of Americans see the Bible as the actual Word of God. A full 29% call it "fables" and "legends."

The biggest portion, 49%, say it is "inspired" by God but it is NOT to be taken literally.

The results of the Gallup polling say the 20% who believe the Bible actually is God's Word is at a record low.

This year marks when those claiming it's "fables, legends, history and moral precepts recorded by man," at 29%, is the "first time significantly more Americans have viewed the Bible as not divinely inspired than as the literal word of God."

"Interpretation of the Bible, the holy Scripture of the Christian religion, has varied widely across time and across religious traditions. Gallup has been asking Americans specifically about their views on a literal interpretation of the Bible since 1976, with the latest update coming in Gallup's May Values and Beliefs survey," the pollster reported.

"The shift in attitudes about the Bible is not an isolated phenomenon. It comes even as a number of indicators show a decline in overall religiosity in the U.S. adult population. These measures include declines in formal identification with a religion, self-reported membership in a church, self-reported religious service attendance, personal importance of religion, and a decline in belief in God. Thus, it is not surprising to find that views on the nature of the Bible have shifted in a less religious direction as well."

The report said the polling questions all segments of the U.S. adult population, meaning the numbers include those who identify with religions outside of Christianity.

"The issue of how to interpret the Bible has been a subject of debate since the first words of what became the Old Testament were written down centuries before the birth of Christ. In more recent years, various religious leaders and religious entities have staked out positions on the Bible that they claim define truth and that, in turn, have become an integral part of their religious positioning. The most prominent of these positions is the belief that the Bible is inerrant and must be viewed as literally true, a position adopted as part of the evangelical movement in this country over the past centuries and by a number of Protestant denominations," the report said.

The report continued, "Americans' interpretations of the Bible are important, because the Bible is often used as the basis for policy positions on moral and values issues, including such things as abortion and gay and lesbian relations."