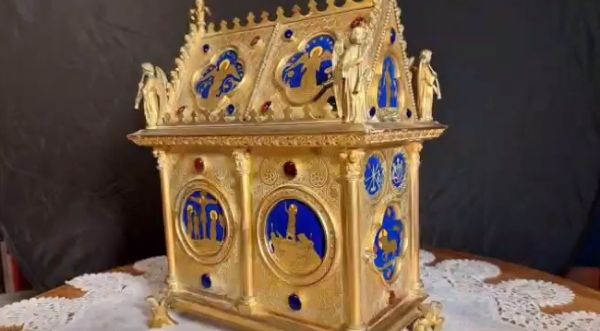 (CHRISTIAN HEADLINES) – A stolen relic in France that is said to contain the blood of Christ has been returned after the thieves apparently grew fearful of keeping such a revered object.

The relic – which contains two vials encased in a gold-plated box – was stolen from Holy Trinity Abbey Church in Fécamp, France, on the night of June 1, stunning Catholics in the region who make an annual pilgrimage to the location.

But it has since been returned thanks to the work of art detective Arthur Brand, known as the “Indiana Jones of the art world,” who received a mysterious email from someone claiming to know where the relic was.