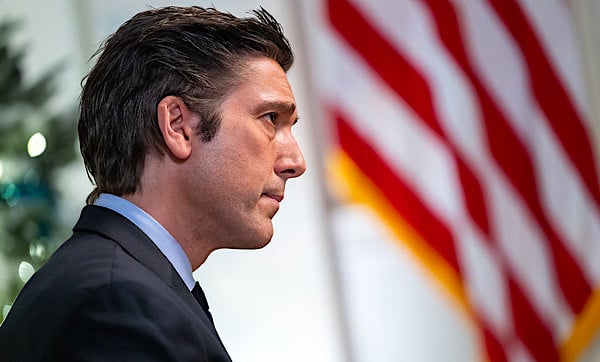 President Joe Biden and his liberal compatriots in politics, the media, and social media constantly are crowing about “misinformation.” Although the type of censorship they seem to support is not the answer, reconsideration of the legal standard governing defamation, as Justice Clarence Thomas has urged, might be.

The Supreme Court denied certiorari Monday in the case of Coral Ridge Ministries Media v. Southern Poverty Law Center. In his dissent from the high court’s refusal to accept the appeal, Thomas once again urges fellow justices to reconsider the double standard for defamation that the court established in New York Times v. Sullivan in 1964. Thomas first did so in a longer dissent in 2021 in another case the court refused to hear, Berisha v. Lawson.

Coral Ridge Ministries, as Thomas explains, is a “Christian nonprofit dedicated to spreading the ‘Gospel of Jesus Christ’ and ‘a biblically informed view of the world.’”  In 2017, Amazon told Coral Ridge Ministries that it was ineligible for Amazon’s nonprofit donation program because it had been labeled as a “hate group” by the Southern Poverty Law Center.

The defamation case was dismissed by the 11th Circuit Court of Appeals because Coral Ridge Ministries is considered a “public figure” and could not prove that the Southern Poverty Law Center had acted with “actual malice” under the New York Times v. Sullivan standard when it made the “hate crime” claim about the ministry.

The “actual malice” standard is the issue that Thomas is complaining about.

In New York Times v. Sullivan, the Supreme Court suddenly created a new legal standard that never existed before in defamation law, which had been governed by state law since our founding, claiming this new standard was required by the Constitution.

Does this sound familiar? According to the court, two legal standards govern defamation lawsuits: one for those considered “private” figures or individuals and another, stricter standard for so-called public figures.

And the definition of who is a public figure constantly has expanded since 1964.

As Justice Neal Gorsuch explained in his own dissent from the denial of a writ of certiorari in the Berisha case, in which he joined Thomas in urging the court to reconsider the legal standard in libel and defamation cases, at first “public figures” meant only government officials.

Then, the definition was expanded to “public figures” outside government, then to those who have achieved “pervasive fame or notoriety,” and then to “limited” public figures “who voluntarily inject” themselves or are “drawn into a particular public controversy.”

Today, this definition of “public figure” is so expansive that the only issue is who it doesn’t cover.

As Thomas correctly observes in his most recent dissent, this double standard has no basis in “the text, history, or structure of the Constitution.” The decision in New York Times v. Sullivan “and the court’s [other] decisions extending it were policy-driven decisions masquerading as constitutional law.”

And what has been the result? According to Thomas, and to anyone who has been paying attention to the outrageous lies and misrepresentations—especially about conservatives—that we see regularly on CNN, MSNBC, and other far-left media organizations, some persons and media outlets can “cast false aspersions on public figures with near impunity.”

In the case of Coral Ridge Ministries, the Southern Poverty Law Center “lumped” in the Christian organization with real hate groups such as the Ku Klux Klan and neo-Nazis, Thomas writes. SPLC put the ministry on “an interactive, online ‘Hate Map’ and caused Coral Ridge concrete financial injury by excluding them from the AmazonSmile donation program.”

Under the actual malice standard “this court has imposed,” Thomas writes, “Coral Ridge could not hold SPLC to account for what it maintains is a blatant falsehood.”

Even the supposed logic behind the Supreme Court’s creation of this standard fails. As Thomas explains, the court “provides scant explanation for the decision to erect a new hurdle for public-figure plaintiffs so long after the First Amendment’s ratification.”

Also, Thomas writes, it “is unclear why exposing oneself to an increased risk of becoming a victim [as a public figure] necessarily means forfeiting the remedies legislatures put in place for such victims.”

Thomas and Gorsuch make strong argument about the fundamental unfairness of the “actual malice” standard and the fact that there is no basis for it in the Constitution or our legal history. As Gorsuch wrote in his Berisha dissent:

[O]ver time the actual malice standard has evolved from a high bar to recovery into an effective immunity from liability. … The bottom line? It seems that publishing without investigation, fact-checking, or editing has become the optimal legal strategy. Under the actual malice regime as it has evolved, ‘ignorance is bliss.’

No wonder so many Americans distrust what they hear in the “news.” The public knows that the media can get away with printing or saying just about anything they want, no matter how false or malicious.