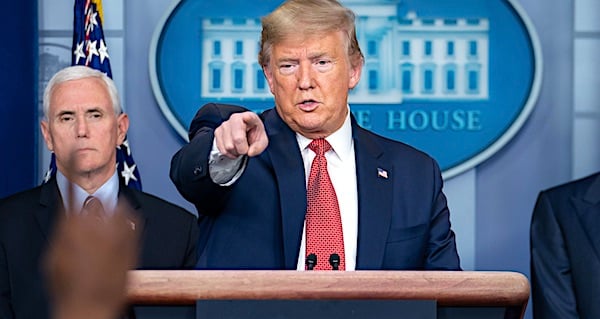 Former President Donald Trump announced Wednesday he plans to sue CNN and other cable news networks who have "defamed" him and "defrauded the public" regarding the outcome of the 2020 election.

"I have notified CNN of my intent to file a lawsuit over their repeated defamatory statements against me," Trump said in a statement.

"I will also be commencing actions against other media outlets who have defamed me and defrauded the public regarding the overwhelming evidence of fraud throughout the 2020 Election," he said. "I will never stop fighting for the truth and for the future of our Country!"

A notice of intent sent to CNN by the Washington, D.C., firm Ifrah Law argued the network promoted the claim that Trump stole the 2016 election.

During his term in office, Trump branded CNN as "fake news."

At his first news conference as president-elect, he intentionally ignored a question from CNN White House correspondent Jim Acosta, telling him, "Your organization is terrible ... you are fake news."

See the exchange with Acosta: