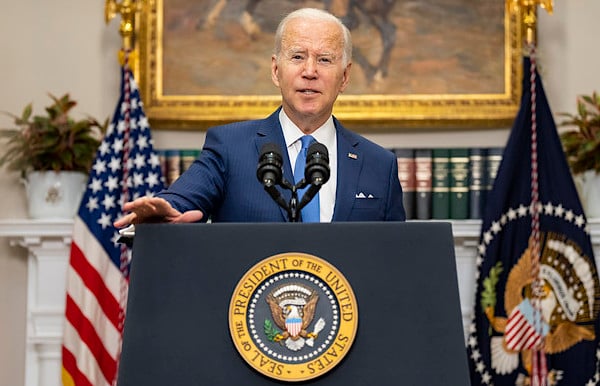 The U.S. Department of Energy has been sued by a watchdog organization questioning whether Joe Biden's decision to release millions of barrels of oil from the nation's emergency reserve actually is a political move.

Reports have confirmed some of that oil, which Biden promised would be used to lower gasoline prices across the U.S., actually was shipped out to China.

But Tristan Justice at The Federalist reported that watchdog Functional Government Initiative sued the DOE over its refusal to comply with Freedom of Information Act requests that relate to Biden's use of the valuable national asset in the Strategic Petroleum Reserve.

The FGI wanted documents that would offer insight into the official deliberations that preceded that decision, and any remarks about whether the oil could be used for political purposes.

Peter McGinnis, a spokesman for the group, said in a prepared statement, "With each release from the Strategic Petroleum Reserve, we weaken our ability to respond to a legitimate supply crisis. The SPR was created to respond to real emergencies, a category that does not include falling poll numbers caused by a failed energy policy. Americans deserve to know if political motives are behind moves that put their security at risk."

FGI said it started looking into Biden's actions in January, just a few weeks after Biden ordered millions of barrels of oil released in a failed attempt to reduce surging gasoline prices, which reached more than $5 a gallon in many locations.

Biden since then has released hundreds of millions of barrels of oil and his plan is that before the end of this year, some 260 million barrels of oil from the nation's emergency reserve will have been used.

That will put the supply's level at its lowest since 1986.

The reserve was created by Congress following the 1970s energy emergencies where Arab nations cut off supplies to the U.S., and drivers spent long hours waiting for opportunities to fill their gasoline tanks.

The purpose of the reserve was to mitigate future emergencies to include natural disasters such as Hurricane Katrina where crude oil output and natural gas production was interrupted by the weather emergency.

The report said America's shortage of supplies now is caused by "self-inflicted scarcities in supply after months of animosity toward the industry from the Biden administration, which is telling Americans to simply buy expensive electric cars."

Biden, in fact, has opposed drilling, leasing, exploration, pipelines and more, insisting that everybody go out and buy ultra-expensive electric vehicles, for which there are not enough chargers yet available should consumers do that.