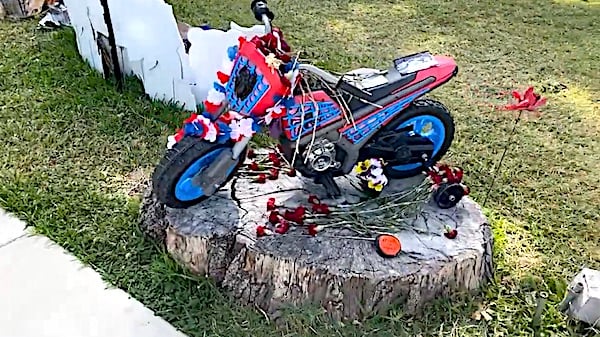 A memorial to one of the victims of the Uvalde, Texas, school shooting that left 21 children and teachers dead on May 24, 2022. (Video screenshot)

(AP) -- AUSTIN, Texas -- A police officer armed with a rifle watched the gunman in the Uvalde elementary school massacre walk toward the campus but did not fire while waiting for permission from a supervisor to shoot, according to a sweeping critique released Wednesday on the tactical response to the May tragedy.

Some of the 21 victims at Robb Elementary School, including 19 children, possibly “could have been saved" on May 24 had they received medical attention sooner while police waited more than an hour before breaching the fourth-grade classroom, a review by a training center at Texas State University for active shooter situations found.

The report is yet another damning assessment of how police failed to act on opportunities that might have saved lives in what became the deadliest school shooting in the U.S. since the slaughter at Sandy Hook Elementary School in 2012.