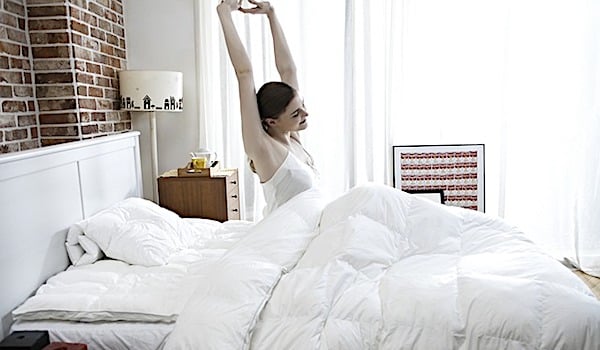 An Iowa school-district policy allows students to spend overnight trips with the students who share their “gender identity.”

The discrimination policy at Linn-Mar Community School District in Linn County, Iowa, gives students a Gender Support Plan which makes “appropriate arrangements” for students in seventh grade or older wishing to change their gender identity at school, according to the policy. Students can spend overnight school trips in rooms with whichever gender they identify with as a part of the Gender Support Plan.

Students in seventh through 12th grade can customize their own Gender Support Plan by asking to meet with any school administrator, the policy states. The student will meet with an administrator within 10 days of their request to make arrangements for the student “regarding names/pronouns, restroom and locker facilities, overnight accommodations on school trips and participation in activities.”

Students can decide whether their parents will be a part of the meeting to set up the plan, the policy says. Siblings and family members of students who are questioning their gender can also get support under a Gender Support Plan.

Students who are “transgender, gender nonconforming or questioning their gender” cannot be kept from attending an overnight school trip, the policy states. Students with a Gender Support Plan will either share rooms with those who “share their gender identity” or with whoever “they feel safest and most included.”

Parents will not be notified regarding the rooming accommodations for transgender or gender nonconforming students, according to the policy.

Students can use bathrooms and locker rooms that correspond with their gender identity if they have a Gender Support Plan, the policy states. A student is not required to change their legal name but will be called a new name and by new pronouns if they choose to under their plan.

Standardized tests that require students’ legal names, or any documents with the transgender student’s legal name, will be put in a locked file that only the building secretary has access to, according to the policy. District dress code also permits students to dress within their gender identity.

EDITOR'S NOTE: During the Biden era of rapidly metastasizing madness, the greatest madness of all may be today's shockingly widespread campaign to indoctrinate, seduce, groom and flat-out RECRUIT America's children into the dark world of transgenderism. Countless LGBT activists, including many public-school teachers, have taken to proselytizing the new transgender salvation to America's children, both on social media and within the schools themselves. Even Biden's far-left Health and Human Services Secretary Xavier Becerra fully supports taxpayer-funded amputations of healthy body parts of these vulnerable children, declaring ghoulishly, "We should help those have the life-affirming care that they need." The result? Untold numbers of America's kids are being led into lives of not just unending conflict, confusion, suffering, deformity and disability, but far too often – as multiple studies prove – suicide. The whole unbelievable story – including the underlying reasons, almost entirely unreported elsewhere, for what amounts to the most massive child sexual abuse campaign in American history – is explored as never before in the July issue of WND's critically acclaimed Whistleblower magazine, titled “WHAT'S REALLY BEHIND THE TRANSGENDER CRAZE?”