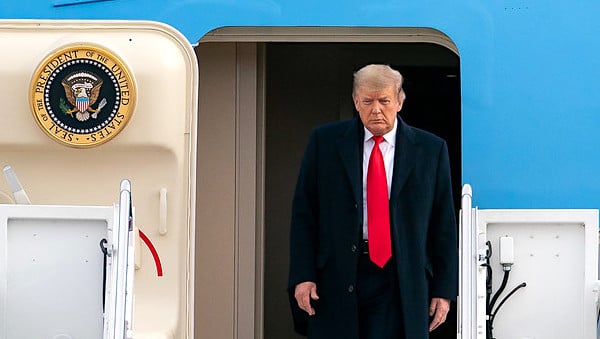 Are Democrats in power in Washington under the Joe Biden administration capable of trying to assassinate President Donald Trump to prevent him from running in 2024?

A report in the Daily Mail reveals that former New York Police Department Commissioner Bernard Kerik believes they absolutely are.

"I would not put assassination beyond these people," he said, if the FBI raid this week on Trump's home fails to lead to criminal charges.

Kerik said he was "deathly afraid" for the former president when federal authorities, weaponized against their political foes by the Biden administration, went to Mar-a-Lago.

Kerik said he feared Democrats have exhausted all their options to try to make sure Trump doesn't run again. House Speaker Nancy Pelosi already has orchestrated two failed impeach-and-remove schemes, one that happened after he left office.

And critics of the Democrats' schemes have said her partisan committee investigating the Jan. 6, 2021, riot at the Capitol essentially is her third barrage against Trump.

Kerik was on The Balance with Eric Bolling, and explained, "If you remember back in 2016, right before he got elected, I was in Washington D.C.

"This is about one thing: this is about stopping him from running in 2024. And I'm gonna tell you something, I'm not into conspiracies, I'm not into anti-government rhetoric. This is the first time in my lifetime that I would say I am deathly afraid for Donald Trump. I would not put assassination behind these people."