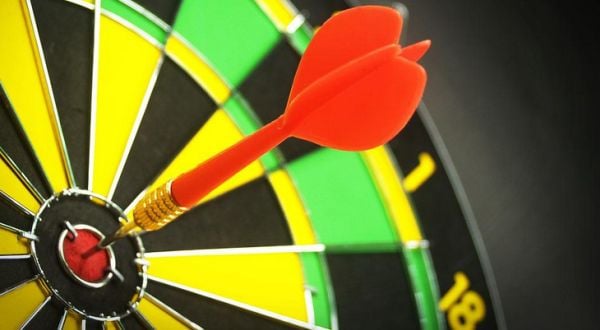 By Gillian Richards
The Daily Signal

Tax audits for middle-class Americans would skyrocket with final passage of the Inflation Reduction Act, predicts a congressman who focuses on the federal budget and helped craft the Trump tax cuts.

Rep. Kevin Brady, R-Texas, ranking member of the House Ways and Means Committee, says he expects a surge in tax audits by the Internal Revenue Service as a result of Democrats’ bill, which passed through the Senate on Sunday after Vice President Kamala Harris cast a tie-breaking vote.

The spending plan would allocate $80 billion for the IRS—over six times the agency’s current budget. Much of this money would pay for 87,000 new IRS agents to enforce the tax code.

In a press release, Brady used IRS data to estimate that the Democrats’ bill, if passed as is, would amount to 1.2 million new audits of taxpayers per year. Over 710,000 of these audits would fall on Americans who earn $75,000 a year or less, the Texas Republican said.

White House press secretary Karine Jean-Pierre said Tuesday that Americans making less than $400,000 a year would not be targeted for new audits under the Democrats’ plan. President Joe Biden and IRS Commissioner Charles Rettig have made similar statements.

Are lower-income Americans most likely to be targeted by the IRS under the Inflation Reduction Act?
98% (175 Votes)
2% (3 Votes)

Despite these claims, Brady argued that the Inflation Reduction Act would “hit made-in-America businesses, small businesses, and workers who always bear the brunt of higher taxes.”

“These are families where every dime counts, they’re getting crushed by inflation and higher fuel prices just to drive to the store. They will bear the brunt of these new audits,” Brady said in an interview Monday on Fox News Channel.

The analysis from the independent budget office estimated that IRS revenue would increase by $200 billion over the next decade.

According to a Senate Finance Committee report, $45.6 billion of the additional $80 billion would go toward enforcement—hence the Congressional Budget Office’s projection that IRS staff would more than double over the next 10 years.

The Joint Committee on Taxation found that the increase in IRS enforcement would hit Americans with low adjusted gross incomes the hardest.

“When you have more cops, you have more arrests,” Brady told Fox News. “You’re going to see a lot of that revenue to pay for this bill coming from those middle-class working families who can least afford the IRS targeting and harassing them.”

The IRS has been targeting the middle class for years, according to a release from Brady’s House Ways and Means Committee. Democrats’ new bill would “supercharge” the IRS to target working-class Americans for more audits, Brady has argued.

Sen. Mike Crapo, R-Idaho, offered an amendment Sunday to protect Americans making less than $400,000 a year from tax hikes, but Senate Democrats voted down the amendment.

Brady told Fox that the legislation contains “no protections for those hardworking families, which tells you everything you need to know about this bill.”

According to the Congressional Budget Office, the Democrats’ spending plan would result in IRS audit rates returning to their levels in 2010, Barack Obama’s second year as president.

Parker Sheppard, acting director of The Heritage Foundation’s Center for Data Analysis, cited a Washington Post study in a tweet that appears in a recent commentary for The Daily Signal.

More than half of the IRS audits last year were of taxpayers who make $75,000 or less, Sheppard noted. (The Daily Signal is the multimedia news organization of The Heritage Foundation.)

If the Democrats’ bill becomes law, Brady said, the IRS would conduct:

Brady argues that these findings contradict Biden’s repeated claim that Americans making less than $400,000 a year would not face tax hikes.

“Don’t take my word for it, the Joint Committee on Taxation confirms it,” Brady told Fox. “There’s no question this violates President Biden’s plan against higher taxes on middle-class families.”