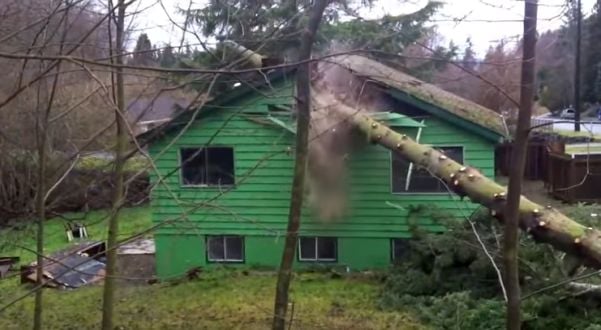 The fight isn't over for residents of Memphis, Tennessee, who were left homeless after they were attacked by the city's "Environmental Court.'

Officials with the Institute for Justice have confirmed an appeal is being prepared for the 6th U.S. Circuit Court of Appeals.

The issue is the "court" is given by the city authority to rule against homeowners regarding the condition of their homes.

The IJ reported, "In one case, the Shelby County Environmental Court left Sarah Hohenberg bankrupt, homeless and with her possessions tossed onto the street. After a tree fell on her home in 2009, her neighbors sued her in the Environmental Court while Ms. Hohenberg tried to get insurance to pay for the repairs. In the other case, Joseph Hanson’s home was demolished after it too was damaged in a storm."

In the fight against the confiscation of their properties, a federal court recently dismissed a complaint, citing a rarely used standard that says federal courts cannot hear appeals from those who lose state court judgments.

The problem is that while Shelby County set up the Environmental Court to clean up abandoned properties, it now issues rulings on residences occupied by taxpayers.

"Worse yet, it does not function like a court at all; its ever-changing goalposts and multiyear proceedings left both Sarah and Joseph homeless and without anything to their names. In Sarah’s case, when she refused to sign over her home to a 'receiver,' the court issued a warrant for her arrest and she became a fugitive from the law," the IJ reported.

Does a city have authority to rule against homeowners regarding the condition of their homes?
12% (116 Votes)
88% (876 Votes)

Bill Maurer, a lawyer for the IJ, said he looks forward to having the decision corrected on appeal.

"This saga demonstrates the need to have fair and accurate proceedings in the first instance. Courts should act like courts instead of forcing people to go through years-long federal litigation to rectify the fact that they did not get the fair hearing to which they are entitled under the U.S. Constitution," he said.

Neighbors in the audience are allowed to stand and testify.

"Anyone wishing to review what happened in a case against them is typically out of luck—the court does not create any meaningful records of their proceedings. While defendants are technically able to appeal Environmental Court decisions, there is no record, evidence or transcripts for an appellate court to examine. Put another way, defendants have the right to appeal in name only," the IJ reported.

The targets of the court's actions describe it as "torture," and a deprivation of "due process."

"The Due Process Clause of the Fourteenth Amendment to the U.S. Constitution requires that all courts provide meaningful procedural guardrails in cases involving occupied homes. The Environmental Court simply does not do that," IJ lawyer Rob Peccola said.