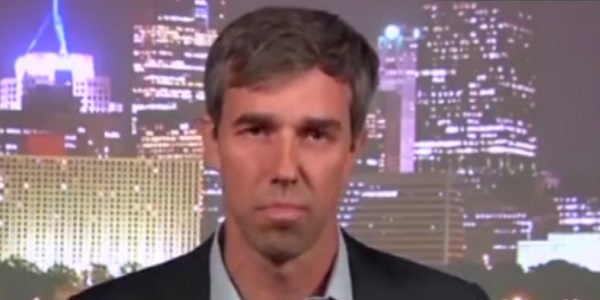 One of the big problems for schools that came out of the COVID-19 pandemic was that they closed down, ordered students to take classes remotely, and that allowed parents to watch what was happening in their tax-funded public schools.

Not surprisingly, many were outraged by the leftist agenda being force-fed to their children, from abortion and transgender ideologies to racism and worse. Some school districts, realizing too late their mistake, tried to ban parents from watching, which just further put them on alert.

At a rally, he said, "We don't need to tell [a teacher] what version of history she is allowed to teach in a classroom. We don't need to scare the parents of those kids before her about something called CRT (critical race theory) that I've never heard of before last year."

He also talked about the "respect" that a teacher "has earned."

A report at Fox News explained O'Rourke promised "during his campaign to back teachers."

That's why he said teachers should be allowed to teach whatever "version of history" they choose.

The report said critical race theory, which essentially teaches that officials must impose racism to get rid of historic racism, has been a "flashpoint" for parents.

Some state officials, including Texas Gov. Greg Abbott, have legislated bans on CRT for K-12 schools.

In a statement from his campaign, officials there denied O'Rourke said "'parents' shouldn't tell schools what to teach."

The campaign then promoted his plan to "fully fund" schools.

The Fox report said, "CRT pedagogy holds that America is a systemically racist country and pushes a narrative of oppressor versus oppressed. A scholar named Richard Delgado, who wrote 'Critical Race Theory: An Introduction' describes the U.S. 'system of race' as having two sides. One 'consists of outright racism—the oppression of some people on grounds of who they are,' Delgado said. The other side 'consists of white privilege—a system by which whites help and buoy each other up.'"