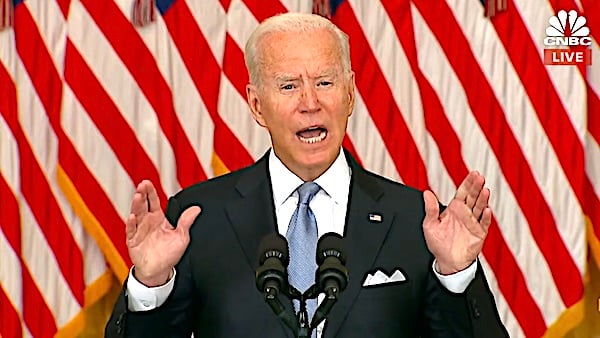 Joe Biden has made Afghanistan an "incubator of Islamist extremism" and that threat will be there for years, according to the former commander of U.S. forces there.

That very attack on terror confirmed that Biden was completely incorrect last year when he abruptly withdrew American forces from Afghanistan, leaving behind to be subject to the terrorist Taliban forces taking over hundreds of Americans and thousands of nationals who had helped the U.S.

Further, he left behind tens of billions of dollars worth of American war machinery.

Biden had claimed at that time that al-Qaida had been eliminated from Afghanistan.

Now, according to a report in the Washington Examiner, Petraeus, who led U.S. forces there from June 2010 through July 2011, has written in Atlantic that there would have been better alternatives to Biden's decision to abandon the nation.

He also charged the U.S. "underachieved in Afghanistan" and "made significant mistakes" there.

"Our foundational mistake was our lack of commitment," Petraeus claimed, including "repeated exit seeking." 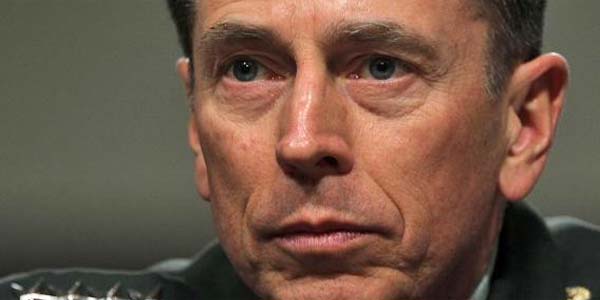 He criticized President Donald Trump for a peace deal with the Taliban.

"We acquiesced to Taliban demands because the resulting agreement gave us, in the narrowest sense possible, what we wanted: a defined timeline for our departure and a Taliban promise not to attack our forces," he said.

And he pointed out the obvious, Zawahiri's presence in Kabul demonstrated that the Taliban is providing sanctuary for Islamic extremists.

He said what will happen in Afghanistan will be "exceedingly dire, and the situation there will likely continue to be a significant concern for America."

He said the Taliban there will demand an "ultra-conservative interpretation of Islam" and the terror group is "incapable of reviving the Afghan economy."

"In short, a country of nearly 40 million people — individuals whom we sought to help for two decades — has been condemned to a future of repression and privation and likely will be an incubator for Islamist extremism in the years ahead," he warned.

WND had reported when the Biden administration boasted of taking out al-Zawahiri that a commentator of international reputation was calling on Biden to explain "what the hell was Zawahiri doing casually standing on the balcony of a downtown residential house in … Kabul" after Biden promised that al-Qaida was, in fact, "gone" from Afghanistan.

Piers Morgan said Biden claimed, at the time he pulled troops out, "Let's put this thing in perspective, what interest do we have in Afghanistan at this point with al-Qaida gone? We went to Afghanistan for the express purpose of getting ride of al-Qaida in Afghanistan … and we did."

This situation, perhaps, aligns with the expressed opinion of Robert Gates, who was defense secretary under Barack Obama.

He warned that Biden had been "wrong on nearly every major foreign policy and national security issue over the past four decades."

In a column in the New York Post, Morgan pointed out while al-Zawahiri's death is a "great win" for America, it confirms "a catastrophic failure by Biden."

He explained it was when Biden declared his "disastrous overnight withdrawal from Afghanistan last summer, betraying the people there — including allies — to the Taliban wolves, the president assured us that al-Qaida was 'gone' from the country."

But he was wrong, as al-Zawahiri moved into Kabul with his family just months after Biden's "ill-advised and woefully inaccurate boast."

There is a not a snowball in hell’s chance that Zawahiri would have done this without the knowledge and explicit support of Taliban chiefs.

As Secretary of State Antony Blinken said, this constitutes a 'gross violation' of the Taliban’s commitment in the Doha agreement made after the U.S. withdrawal that they would not provide safe harbor to al Qaeda in Afghanistan.

Biden said yesterday that in recent weeks, Zawahiri had been making videos 'calling for his followers to attack the United States and our allies.'

Incredibly, this means the leader of al-Qaida was actively plotting further terror attacks from inside Kabul, and the Taliban knew it.

Of course, this makes an absolute mockery of Biden’s claim that al-Qaida was 'gone' from Afghanistan.

Worse yet, he said, is, "if the Taliban allowed Zawahiri to do this, how many more al-Qaida operatives are back in Afghanistan right now, also planning to murder Americans and their allies? The whole point of the 20-year war that followed 9/11 was precisely to stop al-Qaida using Afghanistan as a base to plan more such attacks."