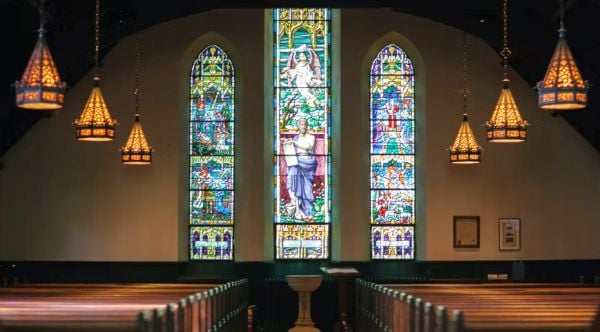 The state of California is being sued for trying to force its morals on churches.

Despite the constitutional concept that the government cannot demand churches adopt state-endorsed beliefs, a lawsuit now contends that that state's social services industry is imposing its Child Care Act's "unlawful and substantial burden on the free exercise of religion for all California churches."

The lawsuit announcement comes from the Pacific Justice Institute, which confirmed it represents three churches in San Diego County.

"But in practice, PJI’s lawsuit applies to all churches in the state," the organization said. "The California Child Care Act discriminates against all California churches by imposing undue and unlawful restrictions on their ability to minister to children, particularly preschool-age children."

The legal team explained the law demands that almost every preschool in the state, "including daycare ministries in churches, to be defined as a daycare center."

Once that is accomplished the state demands that they all are subject to state regulation, including "a host of restrictive protocols and woke rules by the Department of Social Services."

The problem is under the state law, the churches' daycare ministries are ordered to "waive their fundamental constitutional rights."

"Churches are stripped of their First Amendment rights and are not allowed to require participation in prayer or include religious activities as part of their daycare ministry!" the report explains.

Further, the state is dismissing the Constitution by depriving churches of a right to trial by jury, the right to face an accuser, the rights to basic evidentiary procedures at hearings, and more.

"To run a simple preschool ministry in California, a church has to forfeit First, Fourth, Fifth, Sixth, Seventh, and Fourteenth Amendment rights!" the report said.

But preschools operated by the state Department of Education are exempt from the "oppressive regulations," the lawyers charged.

"Our lawsuit is about preventing discrimination against Christian ministries and blocking the preferential treatment of secular nonprofit groups," the lawyers reported.