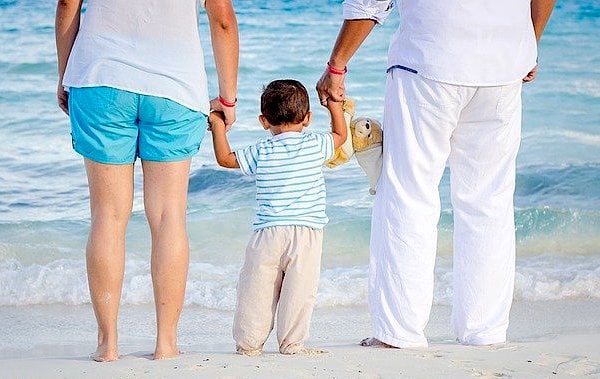 (Image by Mario Renteria from Pixabay)

One of the areas of American jurisprudence where defendants are the least protected, the most vulnerable, often deprived of even basic rights, is the child protective services industry.

There, a claim, even if it's false, can bring social workers and sheriff's deputies to a parent, who will instantly lose custody of their child or children at least for a time.

Now one of those "child protective workers" has been put under investigation for making false claims about parents.

Niceta is the ex-partner of a former embattled Aurora police chief and already is charged with falsely reporting that a critic of the chief sexually abused her son.

Now she's under investigation by the FBI on allegations of manipulating the child protective system where she worked "to gain the upper hand in her own child custody battle," the report confirmed.

The essence of the allegations is that she faked an attack by a former partner.

The Gazette also confirmed attorneys are gathering evidence for a possible class-action lawsuit against Arapahoe County's Department of Social Services and Niceta, alleging she "engaged in systemic fraud while working as a case worker investigating child abuse for the county."

The background is that until recently Niceta was considered to be romantically involved with former Aurora Police Chief Vanessa Wilson, who was fired months ago.

Elliott Singer, a lawyer working on the evidence so far, is a former Colorado assistant attorney general for civil rights, and was blunt about the situation.

"We’re very concerned about the pattern that is forming regarding Robin Niceta while she was a case worker at the Arapahoe County Department of Human Services, and we’re asking all parents who were affected to come forward," he said.

One lawsuit already has appeared, filed by a married couple who had their 14-year-old daughter placed in foster care for a year. They allege "false testimony" from Niceta prompted a judge, who later resigned facing her own allegations of impropriety, to keep the child in foster care without reason.

The Gazette said multiple people confirmed the FBI investigation but they did not want their names revealed.

"The FBI is probing whether Niceta filed a false police report against her former partner and also whether she manipulated the child protective system and used undue influence to gain custody of her former partner’s child, according to those familiar with the FBI investigation. The FBI has interviewed witnesses multiple times and gathered evidence, those familiar with the details said," according to the Gazette.

Niceta did not respond to messages from the Gazette. Nor did the FBI reveal details.

Under investigation is a situation in which Niceta claimed to Aurora police her former girlfriend, Kristin Nichols, broke into her home and attacked her. Niceta at the time was romantically involved with Wilson, and, "Police reports show that Wilson talked to the Aurora police officers under her command while they were investigating the case hours after Niceta’s 911 call. The police chief met with the officers after driving Niceta home from the hospital. The chief reported to the officers that prior to calling 911, Niceta called her four times to report she had been attacked, waking the chief on the fourth call."

Niceta reported to police Nichols knocked her out, strangled her, ripped a necklace from her neck and more, but she had cleaned up the blood by the time officers arrived.

The Gazette documented: "Within 16 hours of the 911 call from Niceta alleging the attack, Nichols was arrested by the Aurora Police Department. Nichols faced a minimum of 15 years in prison on criminal charges that eventually included assault with bodily injury, burglary and domestic violence."

The charges were dismissed shortly after, when DNA testing cleared Nichols.

But Nichols lost her job as a nurse due to the court dates for the charges, and the Gazette a judge, in the Niceta-Nichols custody fight, said the child was safer with Niceta.

Niceta later decided to not continue the custody fight, and Nichols said, "It's indescribable when someone goes after your kid. My main job as a mom is to protect my daughter, and then something like this happens, and she is taken from me, and I can’t protect her. I knew damage was being done, but there was nothing I could do about it, all because Robin had all the power."

The report noted that Niceta previously had made several allegations against Nichols, resulted in her arrest, and investigation.

"Because Robin is a child protective services worker, they took her word for everything,” Nichols told the Gazette. "They took her word as gold. She kept alleging all these awful things. It was all lies. It destroyed me in every way."

The background of Niceta's situation also involves allegations she anonymously called a child abuse hotline to say she saw Aurora City Councilwoman Danielle Jurinsky touching her own son inappropriately. It happened just hours after Jurinsky was on a radio talk show and called Wilson "Trash."