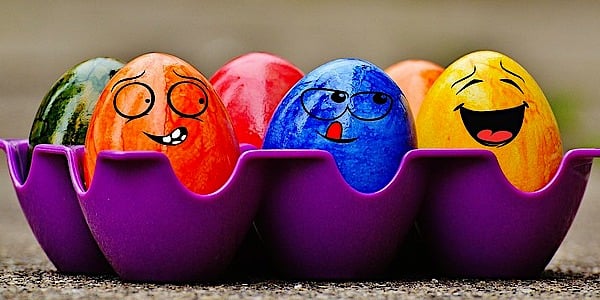 The fight for acceptance of and promotion of transgenderism has reached some astonishing lengths. In the United Kingdom, employers reportedly have the power to dismiss employees if they don't agree to lie about someone else based on their gender dysphoria.

And now the Christian Concern has launched a petition to have that precedent overturned.

The appeal is addressed to the Secretary of State for Justice, MP Dominic Raab, asking the government to protect the rights of workers not to be compelled to use "transgender pronouns."

There have been two recent legal rulings, in the cases of Maya Forstater and Dr. David Mackereth, that make it clear "the freedom to believe that sex is biological is protected. In other words, you can disagree – at least in principle – with the use of transgender pronouns and not lose your job for it."

But the organization explained in reality, that isn't the situation.

Mackereth, a former government disabilities assessor, was dismissed from his job "for refusing to lie about a person's sex."

He was informed by a court that "he had every right to hold his Christian views, including Biblical views on sex and gender – just as Ms. Forstater’s case confirmed."

But the court ruled he was not allowed to reveal those in the workplace.

Christian Concern explained, "This means workers, including Christian workers, who don’t want to use 'transgender pronouns' in the workplace could be compelled to do so or face dismissal. This is an appalling attack on both freedom of religion and belief, and freedom of expression."

Mackereth explained, "My case affects everyone, not just me and Bible-believing Christians, but anyone who is concerned by compelled speech and transgender ideology being enforced on the NHS and other public services."

EDITOR'S NOTE: During the Biden era of rapidly metastasizing madness, the greatest madness of all may be today's shockingly widespread campaign to indoctrinate, seduce, groom and flat-out RECRUIT America's children into the dark world of transgenderism. Countless LGBT activists, including many public-school teachers, have taken to proselytizing the new transgender salvation to America's children, both on social media and within the schools themselves. Even Biden's far-left Health and Human Services Secretary Xavier Becerra fully supports taxpayer-funded amputations of healthy body parts of these vulnerable children, declaring ghoulishly, "We should help those have the life-affirming care that they need." The result? Untold numbers of America's kids are being led into lives of not just unending conflict, confusion, suffering, deformity and disability, but far too often – as multiple studies prove – suicide. The whole unbelievable story – including the underlying reasons, almost entirely unreported elsewhere, for what amounts to the most massive child sexual abuse campaign in American history – is explored as never before in the July issue of WND's critically acclaimed Whistleblower magazine, titled "WHAT'S REALLY BEHIND THE TRANSGENDER CRAZE?"
Content created by the WND News Center is available for re-publication without charge to any eligible news publisher that can provide a large audience. For licensing opportunities of our original content, please contact [email protected].