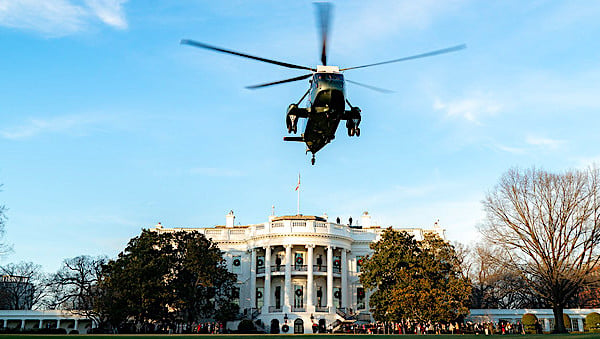 A complaint that has been filed in the Judicial Council of the 11th Circuit targets the judge who approved the FBI raid on President Trump's Mar-a-lago home for having a "conflict of interest" and having a "history of hostility" to him.

Jenny Beth Martin, the CEO of the organization, explained in the complaint that, "Bruce Reinhart had it out for Trump," the report explained.

She said in the filing, "Judge Reinhart has a conflict of interest and a pattern and history of hostility to President Trump."

Listed were several examples including social media attacks on Trump, and donations to anti-Trump critics, including Obama.

Bedard said he obtained a copy of the complaint, and noted that it seeks to have the judge removed from the case – even the bench.

"Judge Reinhart should be disciplined and removed as a federal magistrate because of his failure to meet the standards of ethical conduct and character necessary for the public to have confidence in the nonpartisan role of a judge in a matter of this extreme public interest," said the recitation of his apparent ethics failures.

Bedard reported, "Critics of his earlier action to OK the search for classified documents inside the resort have dug up ample evidence of Reinhart’s anti-Trump liberal past, including donations and social media attacks. Martin also cited a case involving Hillary Clinton in which Reinhart recused himself as an example that he should have followed in the Mar-a-Lago case."

The complaint bluntly charges, "The entire episode of the unprecedented search of the former president’s home, authorized by a political appointee of President Trump’s successor, and approved by a federal magistrate who has been outspoken in his opposition to and loathing of President Trump threatens the principle of ‘equal justice under law’ and the confidence of the American people in an unbiased judiciary."