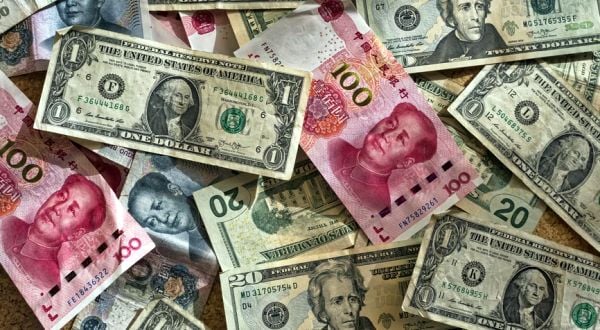 (TAMPA FREE PRESS) – Russia, China, and other countries have escalated efforts to ditch transactions made with U.S. dollars in 2022, helping them bypass Western sanctions and keep their economies afloat.

Since Western countries levied heavy sanctions on Russia in punishment for its invasion of Ukraine, India has increased its imports of Russian coal and natural gas, paying in Chinese yuan, United Arab Emirates dirham, Hong Kong dollar, and euro, Reuters reported Wednesday. Turkey and Iran have also forged agreements with Russia to base bilateral commerce on the Russian ruble, an effort to divest from dependence on the “toxic” U.S. dollar while easing the effect of sanctions on the Russian economy.

“The current round of turbulence is likely to increase … momentum in the creation of a rival reserve currency or currencies to help supplant the oversized role of the dollar,” Anthony Kim, a research fellow at the Heritage Foundation specializing in international economic issues, told the Daily Caller News Foundation.