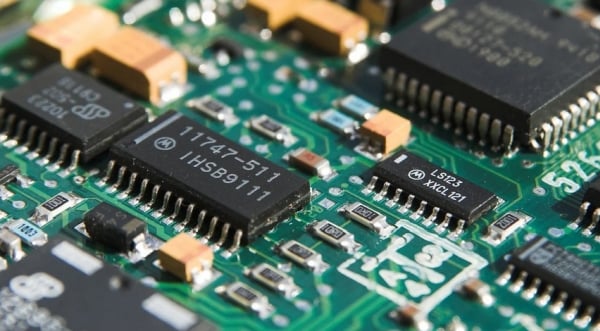 A North Carolina Democrat in Congress, along with her husband, bought up to $30,000 of stock in a computer chips company – then she voted to pass the CHIPS Act, which provides help to semiconductor manufacturing facilities through tens of billions of dollars in subsidies, according to a new report.

Fox Business confirmed that Rep. Kathy Manning, D-N.C., "scooped up thousands of dollars in semiconductor company stock just one day before voting to pass a bill providing massive subsidies to the sector."

One of the companies she bought, the report explained, already is planning "large-scale" expansions because of the legislation she supported.

Fox Business explained Manning and her husband bought up to $30,000 in Micron Technology stocks. They also bought up to $95,000 in Nvidia stocks.

"The next day, Manning voted to pass the CHIPS Act," the report said.

Fox Business reported her office said the investments are in accounts that are controlled by "third party managers."

Micron said the day Joe Biden signed the government handout plan that it would spend $40 billion through the end of the decade on building chip making plants.

It was a stock purchase in Nvidia that earlier erupted into controversy for House Speaker Nancy Pelosi, whose husband, Paul, bought up to $5 million in the company's stock just a few weeks before the CHIPs vote.

He later dumped the stock right before the vote due to the backlash.

The report noted Manning's stock trading history has been subject to criticism in the past. That included a report this year that she failed to disclose dozens of stock transactions within the 45-day time frame required by the STOCK Act.

The comments addressed Paul Pelosi's purchase of Nvidia, one of the world's largest semiconductor companies.

A spokesman for Nancy Pelosi claimed Paul Pelosi doesn't discuss his stock trades with the House speaker. The spokesman said Paul Pelosi decided to sell the Nvidia stock at a loss "rather than allow the misinformation in the press … to continue."