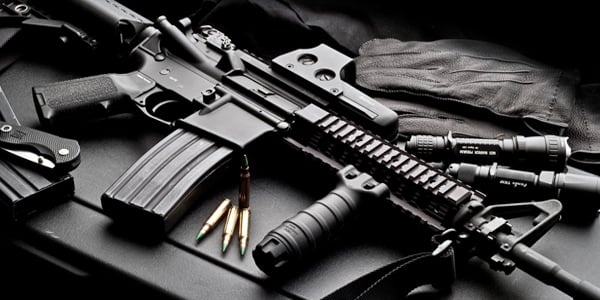 Democrats in the U.S. House of Representatives are demanding testimony from gun company officials about the manufacture of their products as part of a congressional investigation of a weapon's role in a mass shooting carried out by a criminal in Chicago.

NBC reports the House Oversight Committee has confirmed in a statement that it subpoenaed Smith & Wesson Brands Inc.

The Democrat majority on the committee is demanding information on the sale of AR-15 style firearms.

The action came after the company's chief declined to appear before the lawmakers to face accusations they might wish to level.

The panel is led by Rep. Carolyn Maloney, D-N.Y.

Democrats often call various gun makes and models "assault weapons" in order to make them sound especially dangerous or threatening, even though one definition is a fully automatic firearm, which consumers generally cannot obtain in the U.S. Another definition simply is, "a semi-automatic firearm that resembles a military weapon."

The report said a House investigation found "that five major gunmakers took in a combined total of $1 billion in revenue from the weapons over the last decade, and they were at times marketed as a way for young men to prove their masculinity even as they became a 'weapon of choice' for mass shooters."

It appears one of the multiple recent mass shootings that happened in Chicago was carried out by a criminal using a Smith & Wesson M&P 15 style rifle.

Smith had agreed to meet with the Committee on Oversight and Reform along with the heads of two other companies, but then withdrew, Maloney said.

"The company also hasn’t provided all the information and documents, including data about the sales of its AR-15-style firearms, asked for in its investigation into gun manufacturers, she said. The subpoena also seeks the Massachusetts company’s internal communications around mass shootings," according to the report.

A Reuters report explained Maloney claimed there were "gaps" in the company's information.

Executives from Sturm, Ruger & Co and the privately held Daniel Defense also were told to appear.

The House has adopted a plan to ban "assault-style" rifles but it's unlikely to make it through the divided U.S. Senate.