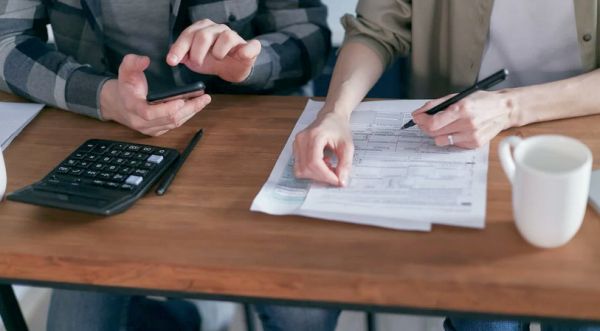 Democrats have eagerly lined up behind Sen. Joe Manchin’s surprise climate change compromise, tucked inside the Inflation Reduction Act, despite warnings from some economic experts that the legislation would actually fuel inflation and burden the already gloomy economy.

After the Senate passed their signature climate, tax, and healthcare package Sunday, the action turns to the House. But for dozens of House Democrats, the measure’s uncertain economic impact is not their only risk in backing the bill.

The measure, which includes a host of tax increases, is once again highlighting failed pledges by many House Democrats representing pricey coastal areas to oppose any tax bill unless it also restores the federal income tax deduction for state and local taxes.

Dozens of House Democrats from California, New York, and New Jersey have spent years arguing that the limits on the state and local tax deduction, known as SALT, included in the 2017 Trump administration tax cut package amounted to a big tax increase on middle-class families in areas with either high real estate prices, high state and local taxes – or both.

Many of these same Democrats won their seats after launching aggressive attacks against Republicans for voting for the 2017 tax package that included a $10,000 limit on the SALT deduction.

When they arrived in Congress, these Democrats formed caucuses with the sole mission of repealing the cap, delivered salt bagels around the Capitol to keep the issue on lawmakers’ minds, and as recently as January threatened to block a revised version of the Build Back Better package, a top Biden priority, if it didn’t include the SALT cap repeal.

“We support the president’s agenda, and if there are any efforts that include a change in the tax code, then a SALT fix must be part of it. No SALT, no deal,” Reps. Josh Gottheimer and Mikie Sherrill of New Jersey and Rep. Tom Suozzi of New York said in a statement.

In the end, however, the Democrats caved to their leadership’s pressure and still voted in favor of several big spending bills that either jettisoned the SALT repeal in the final versions or failed to include it at all.

“Today I stand with union leaders and my colleagues who are fighting to repeal the SALT cap,” Levin tweeted in June of last year. “More than 3 million families in CA making below $100,000 claimed the SALT deduction the year before the cap went into effect. Working families are being hurt, and it’s time to fix that.”

“We should crack down on the ultra-wealthy but not at the expense of families in high cost of living areas. Families need SALT relief,” Porter tweeted in a video last fall from her kitchen during consideration of the $3.5 trillion reconciliation package.

During her first campaign for Congress in 2018, Porter repeatedly assailed then-Rep. Mimi Walters, the Republican she toppled from the Orange County seat, for voting for the Trump tax package that included the new SALT limit.

“Make no mistake – by voting for Donald Trump’s tax scam, Mimi Walters sold Orange County families out and raised our taxes,” she tweeted just three days before the election. “That’s the wrong leadership for #CA45. Vote on Nov. 6!”

Porter had plenty of help from powerful sources in amplifying that message. Realtors’ state and local association PACs spent a combined total of $2.57 million supporting Porter’s campaign, according to Federal Election Commission records. Those funds helped underwrite a direct mail piece paid for by the National Association of Realtors that featured Porter’s photo and a promise in bold letters that she “will fight to restore deductions for state and local taxes, including property taxes.”

“Katie Porter, a consumer protection attorney and UC Irvine professor, is running for Congress to get relief for Southern Californians by restoring these deductions and reducing the tax burden,” the mailer pledged.

But they, too, capitulated when their leaders stiff-armed them. Despite the promises, over the last year Porter and Levin have signed onto big spending and revenue measures that didn’t include a SALT cap repeal, and at critical moments didn’t join the harder-line threats of their East Coast Democratic colleagues at critical moments when joining together could have forced leaders to accept a repeal.

After Senate action over the weekend, the House plans a Friday vote. Speaker Nancy Pelosi is only hanging on to the majority by a slim margin, narrow enough that a handful of Democratic defections could sink any measure. Despite this dynamic, the coastal California Democrats repeatedly caved after their attempts to add a SALT cap repeal failed.

Last May, when four members of New Jersey’s congressional delegation banded together and threatened that they wouldn’t even discuss an infrastructure package unless it included the SALT repeal, Porter didn’t join them in drawing red lines on the issue.

“Is removing the SALT cap a deal breaker for you? Some of your colleagues say it’s a non-starter” without it, MSNBC’s Stephanie Ruhl asked Porter in May 2021.

“We have a duty to listen,” she replied. “You can’t just say nah, nah, nah – my  way or the highway,” she told Ruhl. “You have to say what are the competing concerns, how could we make up this revenue, what are the economic harms of continuing to allow the Trump tax plan to go forward in the way that it has.”

On Wednesday Porter came out strongly in favor of Manchin’s bill, the Inflation Reduction Act, arguing that the measure combines tax increases and spending components in a “very thoughtful and very balanced” way without mentioning any desire to include SALT repeal.

“This is a much more streamlined bill than what we’ve been talking about in the past but it’s not less important in its scope for our economic future,” she told MSNBC.

Porter’s office did not respond to a RealClearPolitics inquiry into her views on whether it should include the SALT cap repeal.

Republicans are already assailing the pair, along with several other House Democrats vulnerable on the issue, including California Democratic Reps. Josh Harder and Julia Brownley, who also face tough reelection fights.

“Every poll for months has shown voters are overwhelmingly concerned about inflation and the cost of living. But Democrats want to make it harder for families struggling to make ends meet,” the National Republican Congressional Campaign Committee said in a statement last week. “Will Josh Harder, Julia Brownley, Katie Porter and Mike Levin vote to raise taxes on middle-class Californians?”

Democrats and Republicans have forcefully disputed whether the Inflation Reduction Act would raise taxes on middle-class households making less than $400,000, which would violate a core Biden pledge.

The non-partisan Joint Committee on Taxation, found that the measure would raise $16.7 billion on taxpayers making less than $200,000 in 2023. Tax experts say the legislation won’t directly increase taxes on the middle class, but some aspects of the bill could have some adverse effects and result in indirect tax increases. The bill invests roughly $485 billion toward climate and health care measures through 2031, according the Congressional Budget Office.

Most Republicans back the SALT deduction limit as a way to keep blue states from what they criticize as a wasteful tax and spend model. Before the cap, it allowed liberal states and municipalities to increase taxes to raise funds for their priorities and their taxpayers still wouldn’t feel any of that financial pain because they could deduct those state and local taxes without limits on their federal return. The conservative House Freedom Caucus, for instance, wants to get rid of the deduction completely. Many progressive Democrats representing less affluent districts, such as Rep. Alexandria Ocasio Cortez, align with Republicans but for different reasons: They believe doing away with the cap would be a “giveaway to the rich” whose pricier homes command the highest state and local property taxes.

Manchin agrees with Ocasio Cortez. In unveiling the Inflation Reduction Act in late July, he broadcast his firm opposition to including any provision to repeal the SALT cap.

“Our tax code should not favor red state or blue state elites with loopholes like SALT,” he said in a statement.

Mee highlighted Levin’s letter to Biden last spring, which he spearheaded along with Porter and Harder and was signed by 37 other California House Democrats, asking for the president’s support to eliminate the SALT limits as part of the infrastructure deal. The $1.2 trillion spending bill eventually passed Congress and was signed into law without a SALT repeal in November.

Northeastern House Democrats are now struggling to explain their willingness to back away from recent SALT threats.

A month ago, before Manchin’s surprise bill emerged, Gottheimer told Punchbowl News, “As I have consistently said, if there are any changes to the tax code that affect families in my district, then restoring SALT must be part of it. No SALT, no dice.”

Suozzi agreed: “No SALT, no deal.”

After Manchin and Schumer announced their deal, these same Democrats changed their tune.

Pressed by reporters whether Gottheimer would stick by his guns, he was vague: “Until I see specifics, it’s hard to know,” he told Politico.

Suozzi and Rep. Tom Malinowski, another vulnerable Democrat who has long pushed for lifting the SALT limit, almost immediately signed on to the Inflation Reduction Act after Manchin and Senate Majority Leader Chuck Schumer announced their compromise.

What a difference a few weeks and a Manchin deal make. Pelosi isn’t preparing for any SALT cap opposition from her caucus, Democratic sources told RCP.