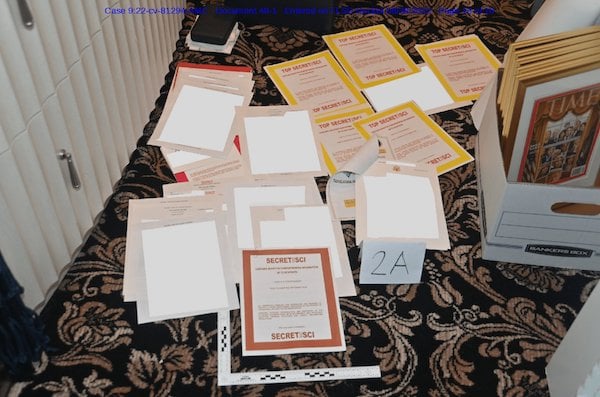 The Justice Department's reply Tuesday night to Donald Trump's request that an independent "special master" be appointed to review the documents at the heart of an FBI investigation shows the administration is grasping at straws, shifting the premise on which to indict the former president, contends former acting director of national intelligence Ric Grenell.

"They have completely changed their tune on what the charges were," he said in an interview Wednesday with Steve Bannon on "War Room."

First, the DOJ alleged Trump was illegally possessing classified information, to which the former president argued he holds the authority to declassify any document, noted Grenell, who served under Trump. Then, Justice officials leaked to media the claim that Trump was holding nuclear secrets. 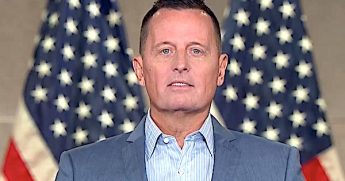 Now, in the DOJ's reply to Trump's request for a special master, the department is accusing him of obstruction of justice, stating documents likely were "concealed and removed from the Storage Room and that efforts were likely taken to obstruct the government’s investigation."

"They don't know what they are doing at DOJ," Grenell said. "They are grasping at straws."

He noted "this is the same crowd that told us Russia collusion, the FISA warrant, Hunter Biden's laptop was Russian disinformation."

Grenell said he's happy to see the rank-and-file FBI agents he came to know – "who really want to do good work, who don't want to be partisan" – are calling for a "gut renovation" of bureau leadership.

He mentioned FBI Director Christopher Wray's recent removal of the assistant special agent in charge of the Washington, D.C., office, for allegedly suppressing the investigation of Hunter Biden's laptop for political reasons.

Grenell said Wray has known for many years that the agent, Timothy Thibault, was partisan and "manipulating government."

"The only difference now is that the pressure on Chris Wray is so much that he's going to have to start throwing some of these individuals under the bus," he said.

Wray is only trying to save his job, Grenell said.

"Let's be very clear, Chris Wray knew that FBI agents were being very partisan and weaponizing the FBI, and he didn't care – until it impacted his job."

Grenell commented on the staged photo submitting with the filing of some of the documents seized in the Aug. 8 raid of Mar-a-Lago.

"The DOJ has been so reckless; whoever staged this photo and whoever approved it to be released, is so unprofessional and so reckless that they should be fired," he said.

Congress should intervene, Grenell continued, and declare "we do not want FBI agents who stage photos and then release them to the public like a spin document."

He emphasized that all of the documents at issue were declassified and held in the office of a former president funded by Congress that is under Secret Service watch.

"All of the kvetching that we hear on NBC and MSNBC and the legacy media [that] 'you and I would be arrested if we handled classified information like this' – well, yeah, you weren't the president of the United States."

He added that the documents are also in paper form, not digital as were the classified documents Hillary Clinton transmitted through her unsecured private email server.

"Hillary Clinton was never president of the United States. She didn't have the authority that Donald Trump did. They digital documents. They were not guarded by the Secret Service, like in the way Donald Trump's offices are.

"And so, therefore, there's a huge difference," Grenell said.

"And what did the DOJ do to Hillary? One big yawn."

Rep. Liz Cheney, R-Wyo., co-chairman of the select committee seeking charges against Trump related to the Capitol riot, tweeted the image Wednesday released by the DOJ of the documents, commenting, "Yet more indefensible conduct by Donald Trump revealed this morning."

However, constitutional scholar Jonathan Turley, said via Twitter that the photo can "leave an obviously misleading impression that secret documents were strewn over the floor when this appears to be the work of the FBI agents."

The George Washington University law professor wrote in a column on his personal website that in the filing Tuesday night, the DOJ "makes many of the same claims that it used to opposed the release of a redacted affidavit, claims shown to have been misleading and exaggerated after the magistrate ordered the release."

The government insists Trump lacks standing because the records belong to the United States.

But the ownership of the documents is the point of contention that must be resolved, Turley argues.

"The court is trying to determine who has a right to these documents," he wrote. "The Justice Department itself recognizes that it may have gathered some attorney-client privileged documents in this ridiculously broad search."

The DOJ, he noted, "allowed the seizure of any box containing any document with any classification of any kind – and all boxes stored with that box."

"It also allowed the seizure of any writing from Trump’s presidency."

The court, Turley contended, "has ample authority to appoint a special master to help sort through such material."

It's clear from the filing, he concluded, that Attorney General Merrick Garland "will not change his refusal to seek modest steps to assure the public that this investigation is neither pretextual nor political."

"Instead, he is 'all in' on these sweeping and untenable claims of the need for absolute control and secrecy."

The AG's "trust us" mantra, Turley, said, "seems almost comical to many people, given the Crossfire Hurricane (Trump-Russia collusion) debacle and the fact that this investigation is being handled by the same section."

"The court should reject the arguments against the appointment of a special master and allow for an independent review of these documents."