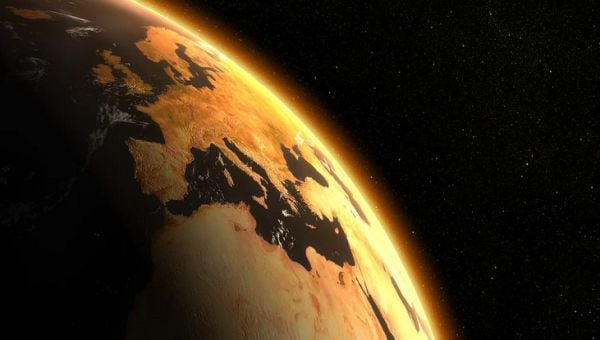 Given that 1.59 milliseconds actually takes just a blink of the eye to pass, it's not surprising that average folk didn't notice that one recent day was shorter – by that much – than usual.

But scientists who watch those numbers closely sure did.

A report at Phys.org confirmed scientists at the National Physical Laboratory in England recorded the shortest day ever on June 29 and another shortened day on July 26.

Citing documentation from Popular Mechanics, the report said, "On both of these days, the Earth completed its usual 24-hour rotation in less than 24 hours … June 29 was 1.59 milliseconds shorter than usual—the shortest day since the 1960s when scientists began using atomic clocks to measure time."

On July 26, the day was nearly 1.5 milliseconds shorter than usual.

It's because of what so many, or few, have noticed: that the Earth is spinning ever so slightly faster.

While the cause hasn't been determined, there is speculation, including that melting or freezing glaciers or winds have triggered shifts in the Earth's weight, earthquakes are pulling the Earth's mass toward its center, and the molten core actually is shifting.

Further, reports suggested ocean circulation and pressure on the seabed is pulling the Earth's axis or a there has been a natural shifting of the Earth's axis due to the planet not being perfectly spherical.

Australian astronomer Fred Watson told ABC the issue is that the Earth "is not just a solid ball that is spinning."

In fact, he said, "things slosh around a bit."

A report in Interesting Engineering suggested it could be the start of a period of short days.

ZeroHedge suggested, "It could be the first time in world history that global clocks will have to be sped up."

The report said the variations previously have been the opposite direction, and 27 seconds have been added to atomic clocks to keep time accurate since the 1970s.

Of course, messing with atomic clocks and such always brings warnings about an apocalypse, much as the calendar's change over to the year 2000 did back in the day.

Smartphones, computers and communications systems all could be affected, are the warnings.

The Independent said a leap second would “mainly benefits scientists and astronomers” but that it is a “risky practice that does more harm than good.”

"Meta also warned that by adding a negative leap second, clocks will change from 23:59:58 to 00:00:00, and that this could have an unintended 'devastating effect' on software relying on timers and schedulers," ZeroHedge reported.