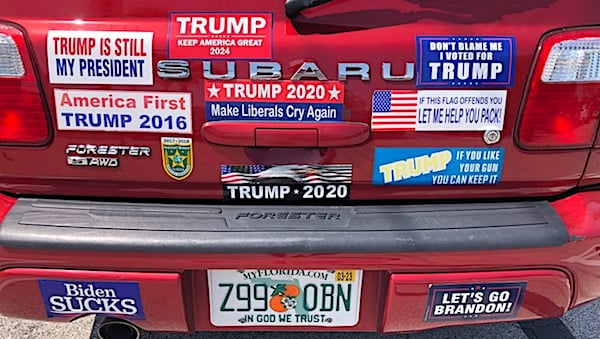 Lake, who believes Trump won Arizona in 2020 and says she would not have certified the election results, was 10 points down Monday night as the mail-in ballots were counted. But she has been winning more than 70% of the Election Day vote. With nearly 80% of the vote counted, Lake leads Robson by about two points.

Lake told Steve Bannon in a "War Room" interview Wednesday morning that she expects the lead to increase to eight or 10 points.

"And there were a lot of shenanigans going on," she said, referring to reports of voting irregularities. "So, we knew the shenanigans were happening. We knew that the first batch to be counted was going to go to my opponent, most likely."

Then, she said, "when we started seeing the numbers come in as big as they were, the day-of voting – we've never seen anything like it."

Are these results a harbinger of Republicans taking control of Congress in the November elections?
96% (781 Votes)
4% (35 Votes)

Trump-backed Blake Masters, whose campaign was sponsored by tech billionaire Peter Thiel, has been declared the winner in the Arizona GOP Senate primary, with 39%, over Jim Lamon's 29%. Masters will face incumbent Democratic Sen. Mark Kelly.

In the Arizona GOP primary for secretary of state, Mark Finchem, whose campaign focused on election integrity, was the winner.

"At the end of the day, I stand for the rule of law, that nobody has their thumb on the scale of election integrity and election justice," the Trump-backed Finchem told the Epoch Times.

Trump appeared with Finchem at a rally in January in Florence, Arizona.

Finchem declared to the crowd: "Ladies and gentlemen, we know it and they know it – Donald Trump won."

Significantly, Arizona's state House speaker, Rusty Bowers – who testified against President Trump before the Jan. 6 committee – lost his bid for a state Senate seat by some 30 points.

In a Michigan GOP House primary, incumbent Rep. Peter Meijer – one of 10 Republicans who voted to impeach President Trump in January 2021 – lost to Trump-endorsed challenger John Gibbs nearly 3 points in what was considered an upset.

Gibbs, who served in the Trump administration as an acting assistant secretary in the Department of Housing and Urban Development, spoke Wednesday morning with Steve Bannon on "War Room."

"This was an earthquake throughout the nation," said Gibbs, a former software developer in Silicon Valley.

"We were outspent on outside spending probably 100 to 1, on hard cash probably 10 to 1. [Meijer] was sending out two to three mailers a day for the past two or three weeks. Expensive TV ads, radio ads," said Gibbs.

"It didn't work. We were out there doing the thing that didn't cost any money. Meeting people."

And Gibbs, who was a Christian missionary in Japan, said "the power of prayer undergirding us" was the most important difference, noting he has a place on his campaign website where people can sign up to commit to pray for him and his campaign.

In the closely watched Missouri Senate primary, former governor Eric Greitens finished third to Attorney General Eric Schmitt. Trump caused confusion Monday when he announced his endorsement for "Eric," which has been interpreted to mean that he viewed both Erics as acceptable candidates.

Schmitt will square off in November with Democratic Party winner Trudy Busch Valentine, the Anheuser-Busch heiress, for the seat vacated by retiring Republican Sen. Roy Blunt.

Voters in Kansas were presented with a ballot measure on the issue of abortion with wording described by CNN as "convoluted." The question essentially was whether or not the state Constitution should forbid a right to abortion, and the 58.8% of voters said no.