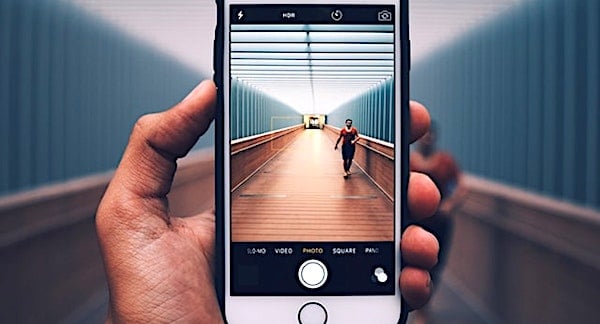 (Photo by Amir Hanna on Unsplash)

Eric Trump is putting the FBI on notice regarding the weaponized agency's raid on President Donald Trump's home in Florida: the officers who were there were recorded.

Eric Trump, the president's son, in an interview with Sean Hannity, confirmed that "We will be releasing the video surveillance footage when the time is right."

He also confirmed that FBI agents had asked for Mar-a-Lago's surveillance cameras to be turned off, which staff members at the president's home refused to do.

Eric Trump pointed out how insisting that cameras be turned off flies in the face of the concept of transparency in law enforcement.

.@EricTrump: we will be releasing the video surveillance footage when the time is right. pic.twitter.com/DjO2NwdVS7

The raid was carried out last week when President Trump was not at home. It purportedly was to reclaim government documents from Trump, who confirmed he had been working with federal agents on the long procedure of sorting through documents and determining where they should be.

In fact, federal agents had visited Mar-a-Lago weeks earlier, and their request at that time was to put a better lock on the room where Trump's presidential documents were stored.

The raid was completely out of the ordinary, as document issues with prior government officials, including Hillary Clinton, were handled through lawyers and administratively.

Critics of the Democratic agenda against Trump say it's just the latest attempt by Democrats to find some way to keep him from running for office in 2024. After all, he's the leading GOP contender at this point, although he's not announced yet.

A commentary at RedState.com explained the FBI "continues to flail" following the raid, "ostensibly under the guise of protecting government records."

It's already been confirmed that agents took President Trump's passports, which they were not supposed to have, and, in fact, denied having, and were trying to arrange for them to be returned.

"Over the last week, we’ve gone from DOJ claims of a justified, precise police action to the revelation that the warrant was basically a free-for-all, allowing the seizure of essentially anything. That’s led a lot of people, including myself, to speculate that the FBI agents were actually looking for materials related to January 6th," the commentary said.

"What appears abundantly clear is that the raid was politically motivated and carried out in a way that ignored all precedent. I know I’m a broken record at this point, but one look at how Hillary Clinton was treated in comparison is all the evidence you need."

Regarding the video, the commentary said it was unclear what would be proved.

"We know FBI agents searched Mar-a-Lago, and we know they went so far as to rifle through Melania Trump’s wardrobe. Seeing that happen on video might bring a fresh round of disapproval, but the fundamentals would remain the same. The warrant was technically signed and executed legally. The problem remains with the underlying probable cause, which the DOJ is fighting to keep secret."