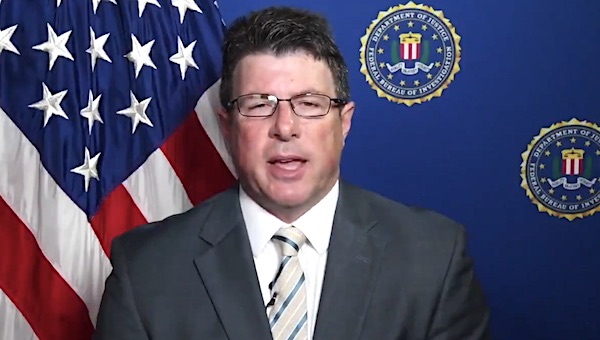 A top FBI agent who resigned after accusations he worked to undermine the probe into Hunter Biden’s laptop and business dealings also allegedly pressured bureau employees to pad domestic terror data, drawing accusations of politicizing the agency from Republicans.

Timothy Thibault, the FBI’s former assistant special agent in charge who resigned Friday after Republican allegations of his political bias in connection to the Biden laptop investigation, was allegedly one of the agents trying to get FBI employees to bolster Domestic Violent Extremism (DVE) case counts to satisfy “performance metrics,” whistleblowers alleged in July, Breitbart News reported. Thibault and other bureau agents were allegedly pushing FBI employees to reclassify cases to involve DVE even if they do not meet the criteria, the outlet reported.

DVE defines a person “without direction or inspiration from a foreign terrorist group or other foreign power who seeks to further political or social goals wholly or in part through unlawful acts of force or violence,” according to the FBI. The allegation that Thibault was one of the FBI agent’s pressuring others to bolster DVE cases was made to Breitbart by Republican Ohio Rep. Jim Jordan.

FBI Director Christopher Wray testified in June 2021 that the bureau has a “very, very active domestic terrorism investigation program,” Jordan said in a July letter to the director, demanding he probe the alleged DVE data padding.

“These whistleblower allegations that the FBI is padding its domestic violent extremist data cheapens actual examples of violent extremism,” said Jordan in the letter. “This information also reinforces our concerns—about which we have written to you several times—regarding the FBI’s politicization under your leadership.”

Thibault was allegedly escorted out of the FBI building Friday, a source familiar with the matter told Fox News. The former agent was allegedly part of a widespread effort within the bureau to discredit and downplay “negative Hunter Biden information” and label it “disinformation,” Republican Iowa Sen. Chuck Grassley told Wray in July, citing whistleblowers.

Grassley accused Thibault in July of “improper conduct” in connection to the Hunter Biden probe after whistleblowers allegedly told the senator Thibault sought to shut the probe down. The investigation into Hunter Biden’s business dealings is still being run by the U.S. Attorney’s Office in Delaware.