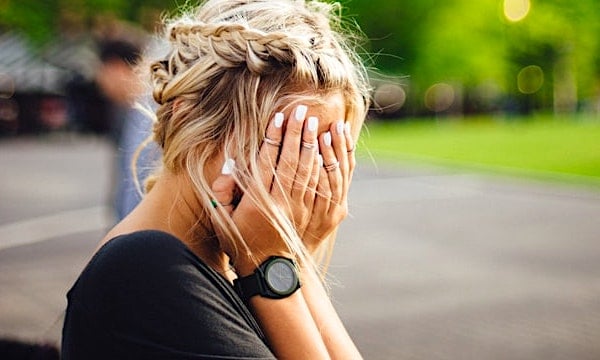 The U.S. Food and Drug Administration has issued a warning about dangerous – and possibly lethal – side effects from drugs that commonly are used in treatments for children with gender dysphoria.

The American Academy of Pediatrics explained the FDA warning is about the risk of pseudotumor cerebri from "gonadotropic-releasing hormone agonists."

Those are used for the treatment of "central precocious puberty in children," but also as puberty blockers when adults are setting up children to become transgender.

The FDA added the warning to the labeling for products including Lupron Depot-Ped, Fensolvi, Synarel, Supprelin LA and Triptodur.

"The new warning includes recommendations to monitor patients taking GnRH agonists for signs and symptoms of pseudotumor cerebri, including headache, papilledema, blurred or loss of vision, diplopia, pain behind the eye or pain with eye movement, tinnitus, dizziness and nausea," the AAP said.

The warning comes after a review of safety data submitted by the various drug makers and searches of the FDA's Adverse Event Reporting System.

"Six cases were identified that supported a plausible association between GnRH agonist use and pseudotumor cerebri. All six cases were reported in birth-assigned females ages 5 to 12 years. Five were undergoing treatment for central precocious puberty and one for transgender care. The onset of pseudotumor cerebri symptoms ranged from three to 240 days after GnRH agonist initiation," the AAP reported.

A report in Decision Magazine said the "pseudotumor cerebri" are "tumor-like masses in the brain."

"Symptoms include—but are not limited to—severe headaches, dizziness, nausea, increased blood pressure, ringing in the ears, pain behind the eyes, blurred vision and even permanent vision loss," the report said.

"An FDA spokesperson told Formulary Watch, a monthly peer-reviewed drug management journal, that the agency considered the cases 'clinically serious' and therefore decided to add a warning to all product labeling for GnRH agonist formulations," the report said.

"We’re just going to keep seeing more bad reports," explained Dr. Jennifer Bauwens, the director of the Center for Family Studies at the Family Research Council. "Our bodies were not made for these drugs."

The FDA warning directly contradicts claims by Rachel Levine, Joe Biden's assistant secretary of health, in his claim that the U.S. should not limit children's access to what he calls "gender-affirming" care.

Levine, a man who presents himself as a woman, has claimed, "Gender affirming care is life-saving, medically necessary, age-appropriate and a critical tool for health care providers."

But his comments have been opposed by Florida Surgeon General Joseph Ladapo, who explained Biden's promotion of transgenderism involves not only dangerous propaganda but "an assault of valid medical research," the report said.

In a statement on the topic, he said, "The federal government’s medical establishment releasing guidance failing at the most basic level of academic rigor shows that this was never about health care. It was about injecting political ideology into the health of our children. Children experiencing gender dysphoria should be supported by family and seek counseling, not pushed into an irreversible decision before they reach 18."